Laurie the ordinary clown looked down over the railing on her balcony into her neighbor's kiddie pool full of picked assholes and cocktail olives. She was faced with the simple truth that she was a living failure. In a world filled with crazy, wild, and unique clowns she was decidedly regular, a normal person surrounded by abstract fools.

She didn't even have a clown name. Only Laurie.

In school the other clown children laughed at her when she actually ate her pies at lunch instead of throwing them at the other students. And when she graduated they mocked her as she took up accounting at the family circus firm. Accounting was for the mentally disabled clowns, not a twenty-one year old clown college graduate.

She couldn't find any dates, because the boy clowns didn't like a girl who didn't wear makeup or giant shoes. And her figure was average and regular, not freakishly fat or thin, like the rest of the clowns. She didn't fart or fall down stairs on purpose. When she cried there was no theatrical wailing, no projectile tears comically arching over her twisted face, just a hunched sadness and rhythmic sobbing.

She tried to be a proper clown.

One time she wore her underwear on her head, but they didn't laugh. At her brother's wedding she drank a full glass of pig piss, but they seemed disgusted. Maybe she didn't have what it takes to be strange and funny. So she decided the last laugh could be her final act. A suicide worth laughing at.

So she got a giant balloon. And a helium tank. And two hundred feet of plastic tubing. After spending four days slowly working the balloon into her colon, inch by inch, until it was fully insider her, she attached the plastic tubing to the tank nozzle and climbed onto her roof.

"Come one, come all! It's a sight to behold! The most hilarious demise, pure comedy gold!"

She shouted so loudly that her neighbors all came to take in the sight, soon they lined the streets and cheered her on. When the nozzle was turned she grew immediately bloated, her eyes pushing from her sockets, her pants splitting and guts spraying from her exposed buttocks. She grew airborne, ever more spherical, a giant bloody balloon of wasted human life.

But no one was laughing. No one was crying. In fact, no one was even there. Because Laurie the ordinary clown was inside her one bedroom apartment. She wasn't a clown. She wasn't named Laurie. She was actually a he. Gerald was a data entry specialist and part-time bus driver in Maine, and the balloon was a noose tied to the ceiling fan in his living room. 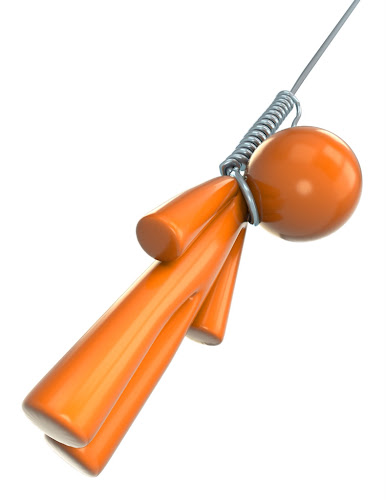