Hail To The King, Baby! 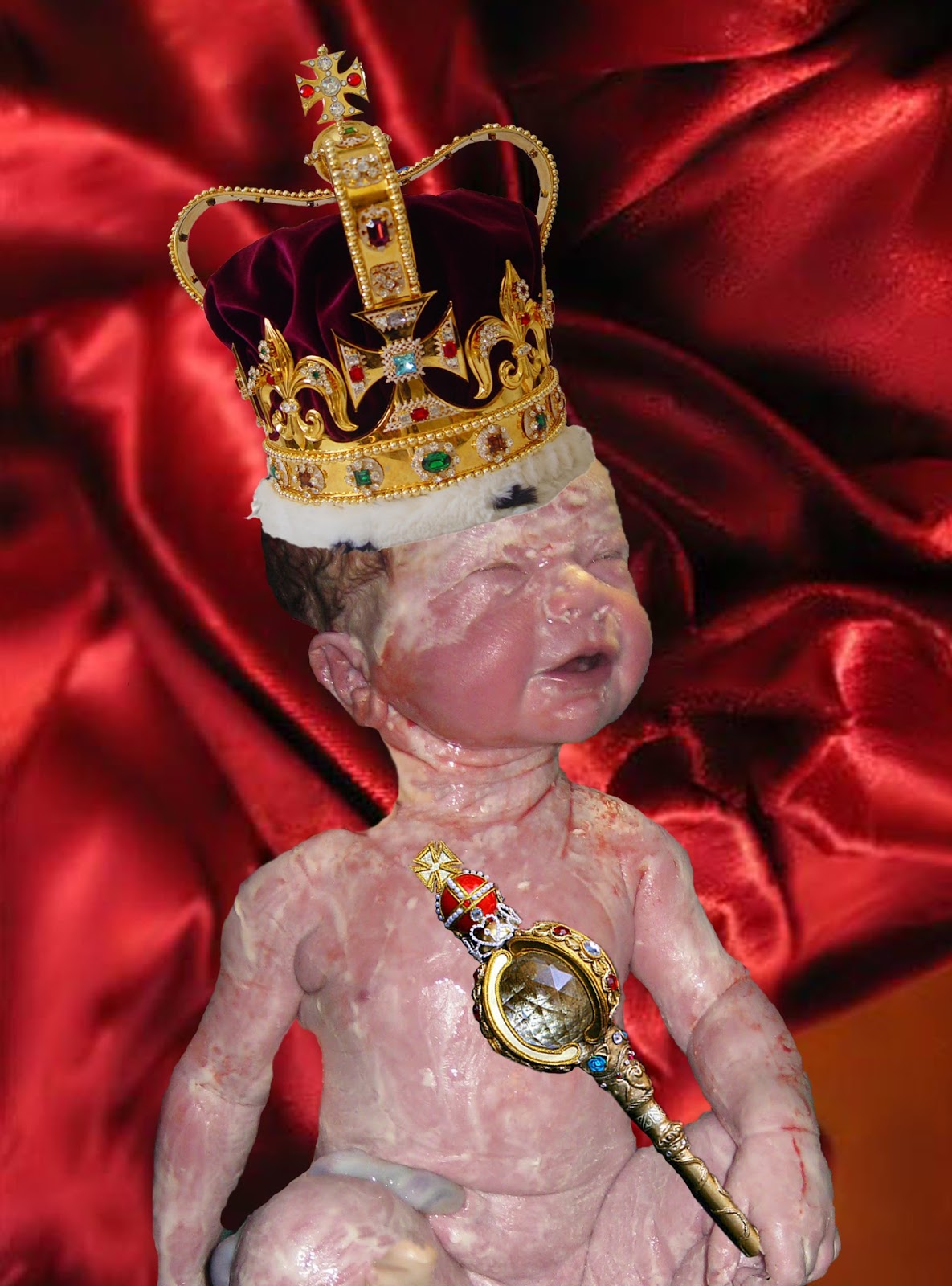 Holy shit it finally happened!  I am sure you will all remember where you were when you heard about the glorious coming of a baby with a higher birth than anyone in your lineage will ever achieve!  I know what I was doing, reading an essay on the state of islam by the late Christopher Hitchens and breathing shallowly in eager anticipation of the news on the next royal heir.  And we here at Popular Irony have the exclusive first pic of the baby prince!

As any other americans can probably relate, I had a hard time understanding how a newborn baby could hold the attention of the international media for so long.  It seemed trivial, like maybe the world had serious doubts about the working order of the prince’s royal member.  But then I realized why this is such a big deal.  I mean, it’s not everyday that every living human on earth takes a step backwards in overall rank to someone who is only hours old.  Just think of all the starving peasants he will step over on his way to a caviar and fois gras breakfast over the course of his lifetime!  It really gives you perspective.

It is easy to see why the british people are so excited to add another person to the long list of royals that will forever gorge themselves on the teats of the collective taxpayer.  And in return for the lifetime of support in their excessive lifestyle, the new addition to the royal family will spend the rest of his days contemplating difficult decisions, like whether or not to read the newspaper for information on political policy making, or if he will attend public events in lavish clothes that are covered by enormous unearned medals and ribbons.

The whole spectacle really puts our political system to shame.  In the states you must spend your early years educating yourself and participating in public or private affairs to make a name for yourself, then appeal to the community you live in for support in your election to public office, followed by years of diligent service to allow you to climb the ranks to the eventual pinnacle of your chosen field of government.  Only then are you allowed to rape the taxpayer.  Our whole system fails to take advantage of the easy selection process inherent in a birthright system.  Here you have to earn your way unless your surname is Kennedy.  Or Clinton.  Or Bush.  Or your family has generational wealth.  Ok, maybe I should shut up now.  YAY MONARCHY!!