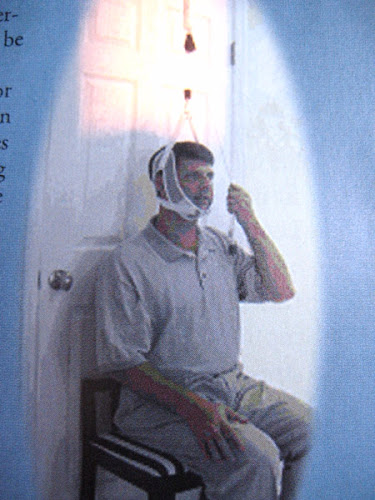 Auto erotic asphyxiation can be an exciting and satisfying release that, if done correctly, can be accomplished with little difficulty or danger.  The practice originates from the struggles of the ancient caveman as they copulated in the harsh environments of times past.  Back then the protocol for lovemaking was quite rough by the standards of a modern society, and greatly resembles rape.  An ancient human would judge the health of their mate during coitus by the vigor with which they fought back.  Because of this ancestral custom, modern humans receive a heightened sense of pleasure from the act of choking.  The practice is not entirely without risk, however.  If one is left without breath for too long they can quickly descend into unconsciousness, and this has led to the deaths of many great and powerful lovers, although usually while engaging in the activity alone.  This was never an issue in caveman lovemaking, as unconsciousness just invited the victor to either complete the act uncontested, or to escape, depending on the gender of the winner.

This is why much care should be taken before attempting this new and dangerous endeavor.  First rule of AEA is to never attempt this alone.  The act was never intended to be a solo procedure, and unless you want to be selected out of the genepool in embarrassing fashion, avoid it.  Your backup does not have to be a sexual partner, although it can heighten the pleasure of the experience, and can be used to grow trust and closeness in a relationship.  If selecting a trusted friend, keep one simple tip in mind before making an invitation:  If you wouldn’t trust the person to spot you in the gym, don’t ask them to spot you in the bedroom.  Physical strength is a premium in the characteristics of an ideal backup.  And don’t be selfish.  Remember to offer a reciprocal turn in the choker, and be as involved and vigilant as your backup was.  And it should be unnecessary to say, but make sure you have no unsettled arguments with your spotter, and be willing to trust them with your life, since that is what you will be doing.

Preparation should be given thorough detailed attention.  This can be the most important step, as most AEA adventurists fall to improperly prepared ligatures.  If you used to be a boyscout, then now is your time to shine.  You need a variable tension slipknot with a safety switch.  When you pull the loose end you drop to the floor, into the protective embrace of your spotter.  If you begin to either lose vision or see floating spots, pull the cord.  The tendency of the greedy masturbator is to finish at any cost, but pulling early will not only ensure a safe environment, but will heighten the experience once you are able to resume.