Election 2012 - An Exercise in Schadenfreude 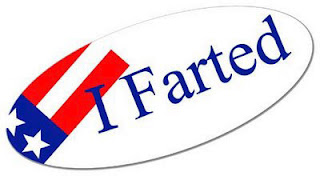 Thank fucking Christ that this shit is almost over.  This election year has been fucking terrible.  Everyone was just awful.  Even the candidates that I like, suck balls.  Assholes, the whole lot of them.

Worse than the candidates is the fucking voters.  ASSHOLES!  Yes, you!  I am sick of the bullshit arguments over the same boring ass talking points.  Nobody has anything new to say, or even have a unique opinion, myself included.  It's all the same 24 hour news cycle, political bullshit.

Everyone is either quoting Fox News or Huffington Post, one extreme to another.  Oh, and they are always right!  There is no debate, there is no "trying to see someone else's point of view", no civil discussion or goals of mutual understanding, it's all heated arguments and Facebook un-friendings.

I wish we could go back to a time when it was rude to discuss politics.  What the fuck happened to that shit?  I see people get in near fistfights because of the stupid bumper stickers they sport.  "I disagree with your sticker statement!" *punch punch* Again, assholes.

Do you want to know the truth folks?  We're all wrong.  Even the people that are educated on the issues, they especially, are wrong.  Everyone has their political beliefs and there will always be someone to tell you that you are an idiot.

Let's just make it easy on each other as fellow Americans.... Shut the fuck up and keep your opinions to yourself.  Nobody cares what you think.  Nobody.  Even the people that agree with you.  And please, don't try to sound interesting by parroting everything your favorite celebrity newscaster says.  Everyone knows you didn't think of it yourself.

Tomorrow will be a good day to witness mass schadenfreude.  If Romney wins, you'll see Romney supporters lasciviously drooling at the downcast expressions of the Obama supporters.  And vice versa.  The best part of this whole election will be drawing pleasure from the sadness of the 49.9% of the country that voted for "the other guy".  So if your guy wins, make sure to rub it in!

I'll find out who the president is tomorrow.  I am keeping the TV off tonight.  Just DVDs, no Internet news.  I am just going to remain calm and politely go about my business.  You should do the same.  In four years, I would love to not know who everyone is voting for.  Pay attention, but don't act like you are paying attention.  If we all act like we don't care, maybe the next election cycle will be moderately civil.