A Gentleman's Guide To Apocalypse Protocol 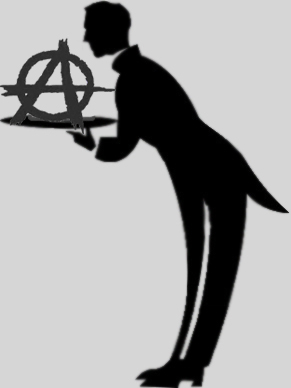 We now sit at the edge of times, on the precipice of the great cosmic undoing which is apparently scheduled for December 21. The news has been a long time coming and was supposedly predicted by the ancient mayan civilization when they decided to discontinue the measurement of time itself on this upcoming date, omitting any reflection of the 13th year of this new millennium from their calendar. Now one must be prepared for this momentous event if one insists on maintaining one's status as esteemed gentleman, and despite any dissent voiced by the scientific community it is important to recognize the demonstrable accuracy of mayan predictions, save the unfortunate oversight regarding a rather unpleasant visit by the spanish. So how must a gentleman approach the impending end of days? Well read on and stash this bit of knowledge under your stovepipe hat.

1.) In order to position one's self best to endure the calamity as the world is torn to pieces, the gentleman must first determine the likely location of the disastrous spark that begins the chaos. Clearly, the logical ground zero is located somewhere in the middle east, where progressive thought is tortured away and historic inspirations were gleefully cast into the sands to likewise erode into dust. Clearly the safest place would be nested within the mountain ranges of the americas, where the fires that burn the seas themselves would be unseen the longest. Make a sanctuary here, with as much brandy and scotch as can be hauled by a team of mules and oxen, save the necessary space for the requisite caviar and expertly aged beef.

2.) A recognition that exposure to the desperate dregs of humanity would be both depressing and unnecessary will serve the gentleman well, and should be considered when formulating plans your alpine estate and defenses. The use of protective canines is the way of men of means, and would leave said men unburdened by the sight and presence of humanity that otherwise provides protection. And considering the limited time one has for preparations, could be implemented with minimal effort or distress.

3.) When the outbreak of violence and insanity begin spreading through the network of peasant society, be prepared to become a likely target for their focus. Luckily the fruits of wealth and education has always served the aristocracy well, and the simple deployment of personal arms paired with the distraction one can gain from the visible abandonment of small sums of currency will suffice for the majority of your escaping needs. Even in the face of such cruel mortality the poor will abandon all thought of retribution against their perceived oppressors in the pursuit of paper that is clearly rendered useless considering the progress of events.

4.) Regarding the entertainment of any man of high birth in such circumstances, little will be required to stimulate the mind and senses. As the waves of death and suffering crash at the gates of your makeshift compound you will be pleasantly lulled to euphoria by the symphony of despair and pain that rain down on your ears from all sides, like a champagne tsunami that brings a most welcome end. And until the chaos comes calling, you have the unique distinction of being in the company of the only true terrestrial equal, your own gentlemanly presence.