When I got home from work today, I found this nifty pamphlet wedged in my front door.  I love free shit, so I was instantly excited.  What could it be?!......  Jehovah's Witnesses!?  And I missed them!?  Damn.  They are always such gooey balls of kooky christian fun.

I noticed something interesting when perusing their ad.  The Jehovah's Witness' Jesus is a fuck ton handsomer than the conventional Jesus.  I mean just look at him.  He looks like Brad Pitt an George Clooney's sexy adult son.  Those rich brown eyes, that trimmed and dignified beard, that wistful smile.

Their Jesus is handsome, but it's still not good enough to ensnare me.  With that being the case, I decided to assist my local Kingdom Hall with some free advertising ideas.  I hope they like them. 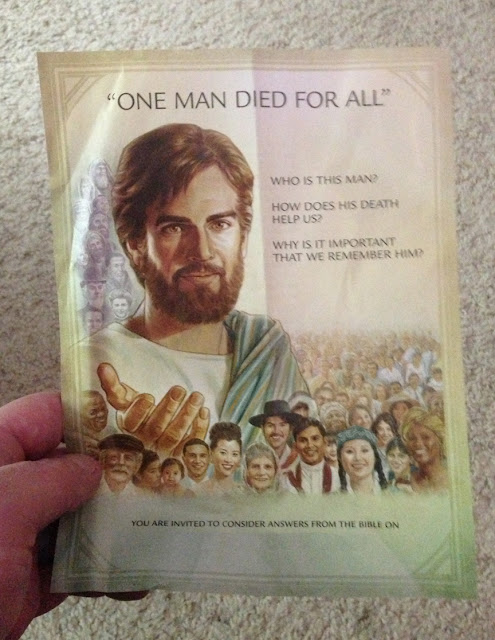 First up is Wrestling Champion Jesus.  I know that Jehovah's Witnesses don't play sports, but that doesn't meant that Jesus can't fucking rock the sports dome!  This is Jesus after he won his fourth international championship title in greco-roman wrestling.  That eye drawing bulge will really bring in the closet cases and lonely housewives.  Asses in seats, folks.  Asses in seats. 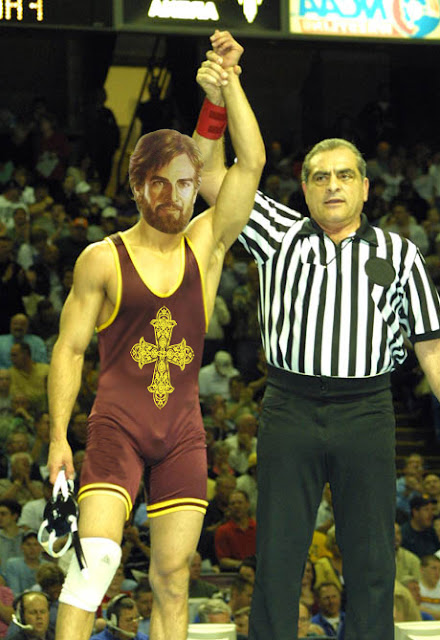 The tough sportsman is cool, but I like to think Jesus loves to have fun!  Motherfucking Jet Skis!!  How could anyone resist this fun loving, beach bum savior.  I better not let my wife see this or it'll be time for church! 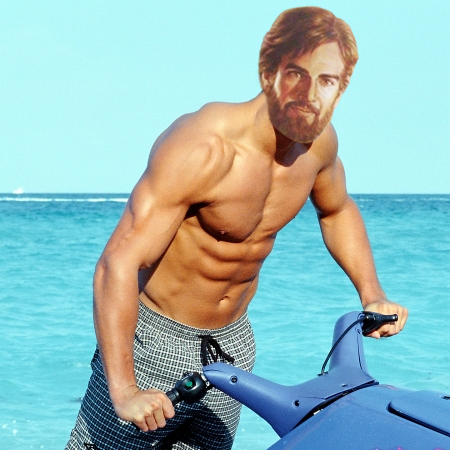 I mean, jet skis are cool and all, but what Jesus needs to be is a hero!  A space hero!  Could you imagine the utter bad-assery that would be Astronaut Jesus?  That would get all those smarty pants scientist flooding the Kingdom Hall in droves.  Did you know Jesus invented rocket propulsion?  Well, he didn't, but most of the bible is complete horseshit anyway, so one more lie wouldn't hurt. 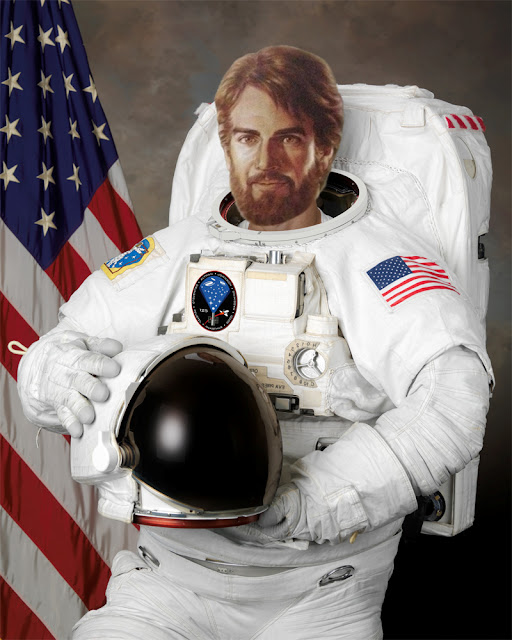 I hope this helped.  If I didn't already dedicate my Sundays to drinking, swearing, smoking and fucking, I would totally be there.