There is not a single type of creature more majestic than birds.  I mean just look at them.  Feathers, beaks, flight, backwards knees, they are big buckets of fucking awesome.  It's too bad that I am terrified of live birds.  I hear that they aim for the fucking eyes!  What the fuck!?

It's hard sporting a rigid bird boner and not being able to own one, feed them in the park or view them in zoos.  The only kind of birds I can enjoy are dead ones.  Recently, I visited a Natural History Museum with the sole intent of photographing my favorite stuffed beasts. 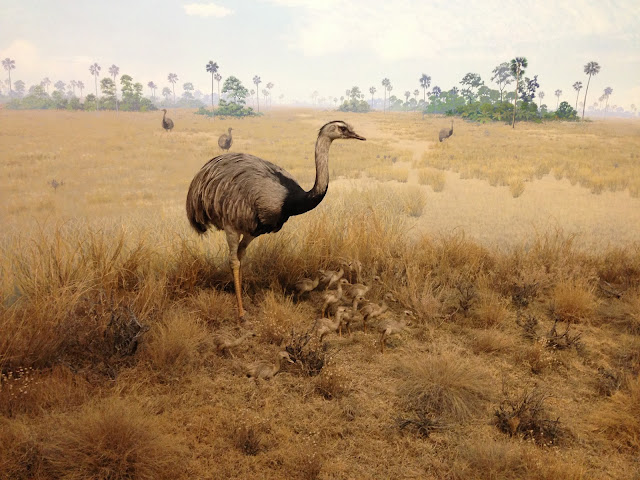 First we have a large bird called the Gargantuicken and it's tiny birdlings.  Birdettes?  Chunkins?..... peeps.. no....um... CHICKS!  That's it, baby birds are chicks!  Just look at their adorable stuffed carcases. 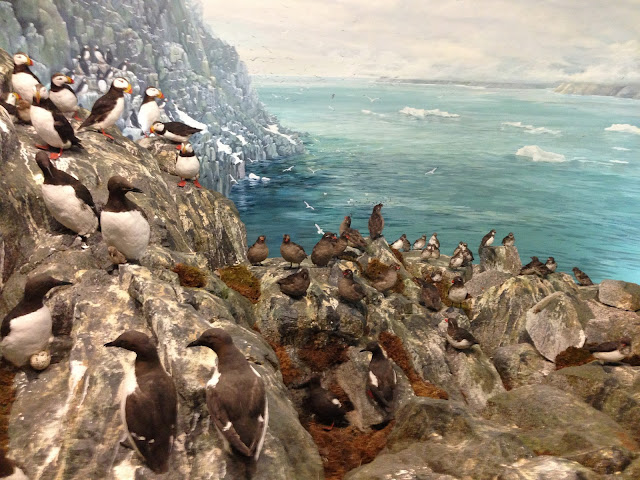 Next up is the rock dwelling ocean bird, the Rumpadumps.... Well, looky there.... If you look close you can see Rumpadump chicks!  I wonder if the museum killed the chicks themselves for this display or if they waited around the Rumpadump cliffs waiting for them to die.  I bet they are delicious. 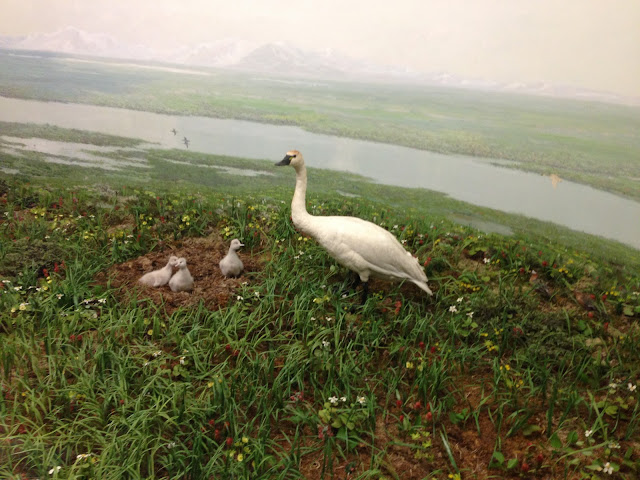 This is a Grey Park Bird.  I see them in the park sometimes from my apartment window.  Terrifying!  From the looks of it, this Grey Park Bird has also pooped out some chicks.  Nice work, mama Grey Park Bird!  Well, maybe not too nice of work.  They are all dead. 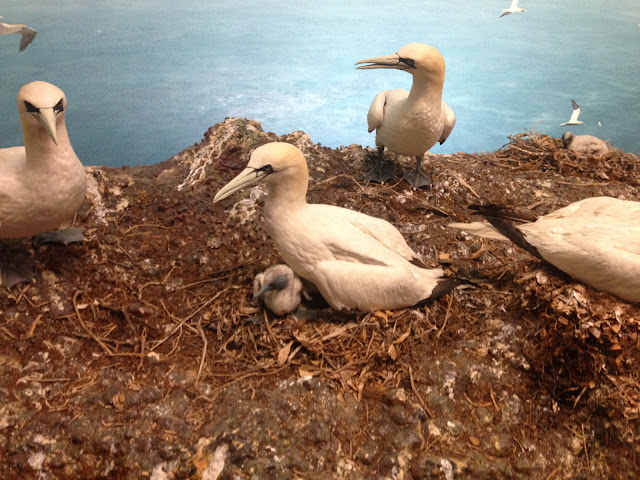 I think these are called Click Clacks.  It is my understanding that baby Click Clacks are prized for their gallbladder.  I hear it's real good for boners.  Too bad this one is full of sawdust.  I could really use a good dick thickener. 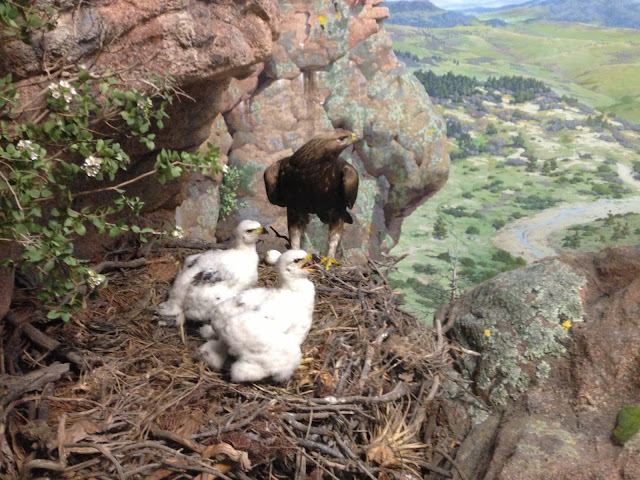 Ah, the majestic Birdjamin Buttons.  These birds are simply amazing!  They age backwards just like Brad Pitt in that terrible movie.  Look at the proud, fluffy white parents admiring their newborn.  That baby better go get some food for it's parents.  Mama and dada have aged out of their flying stage.  Nothing but eggshells and oblivion awaits them. 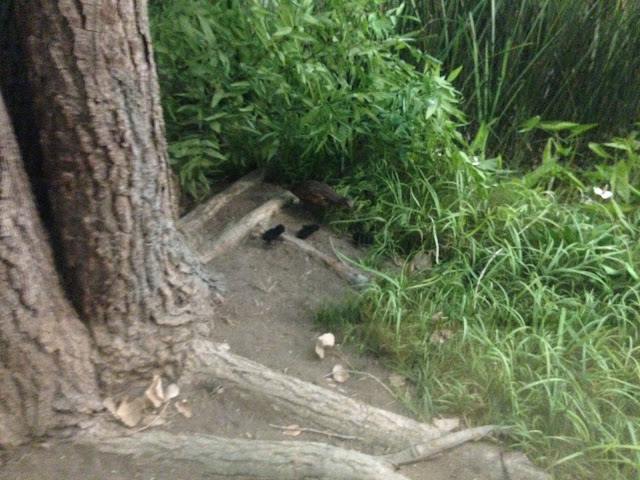 What's that there?  It's the bird that McDonalds butchers to make the Filet o' Fish, being trailed by it's brood of tiny McNuggets. 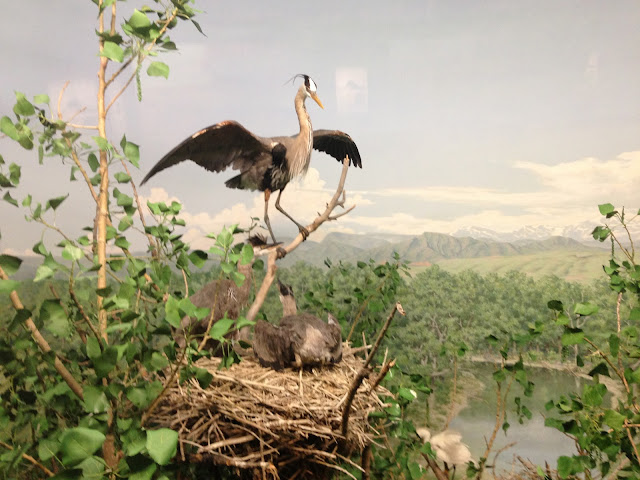 Can you hear the lonesome cry of the Royal Crested Cockneck?  It's terrible.  It sounds like someone farting into a an unwilling elderly woman's mouth.  Well, isn't this a coincidence, it's got itself some dead babies too! 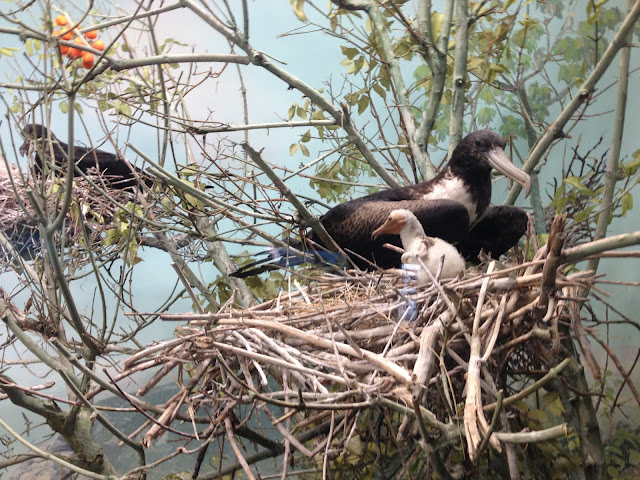 Feast your eyes on nature's most hideous infant.  The Sleek Shitstack.  Just looking at it makes me happy that it is dead.  Those dead parents have to pretend that they love that mess.  What deluded assholes. 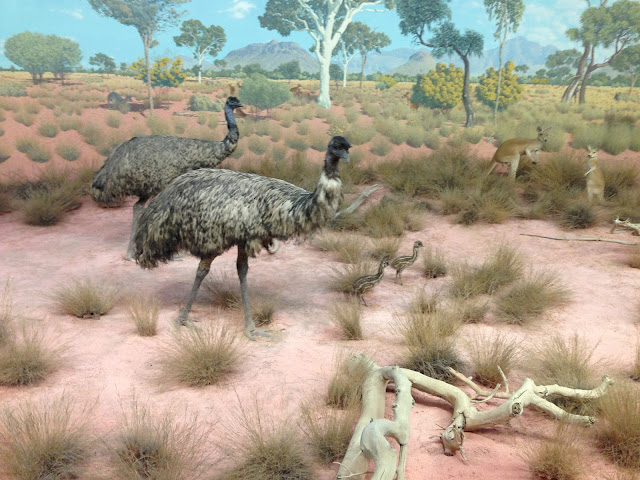 Last but not least is the sworn enemy of the Gargantuicken, the Enormuck.  If I understand my history correctly... In Jesus times the Enormuck was saddled and ridden into battle by the Jesuses during the crusades.  They fought the Jewishes who rode the Gargantuickens.  When horses were invented, people stopped riding birds altogether.  The giant birds, free from their masters, continued their own feathered wars that still continue to this day.  These display Enormucks were probably murdered in their sleep by sneaky Gargantuickens.  Such war crimes...