I had plans to make a romantic meal for two today, but upon opening my wallet I discovered that I was dead broke. So instead I decided to make one of my all-time favorites, the leftover shake. This simple recipe never fails to please and can be made out of whatever you have lying around, so no shopping is required! And the application of a blender means that prep time is kept to a minimum, and the truly lazy will appreciate the total lack of chewing to devour it! 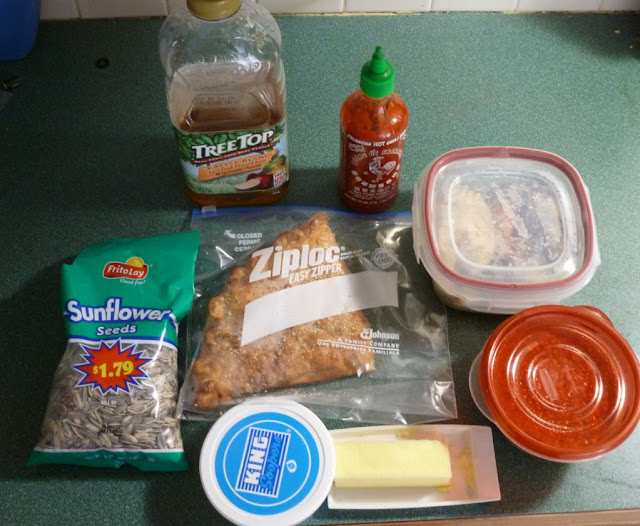 Okay, let's see what I have in the fridge. Some leftover pot roast with taters and carrots, the congealed remains of gravy, a week-old calzone, butter and sour cream (cause you gotta have dairy), some sunflower seeds, apple juice, and some sriracha sauce to add some kick. 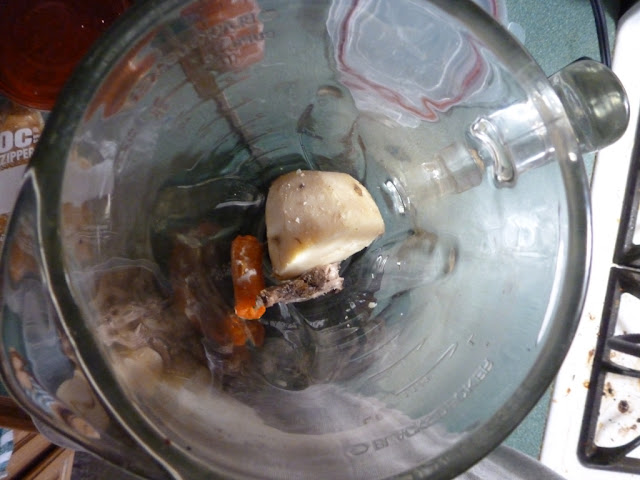 Start with the solids. Here I added half a potato, a carrot piece, and a hunk of cold beef. God damn, this stinks like a liposuction clinic's dumpster. I thought about burying this mess in the back yard, but then I would be missing out on the rest of the hearty meal! 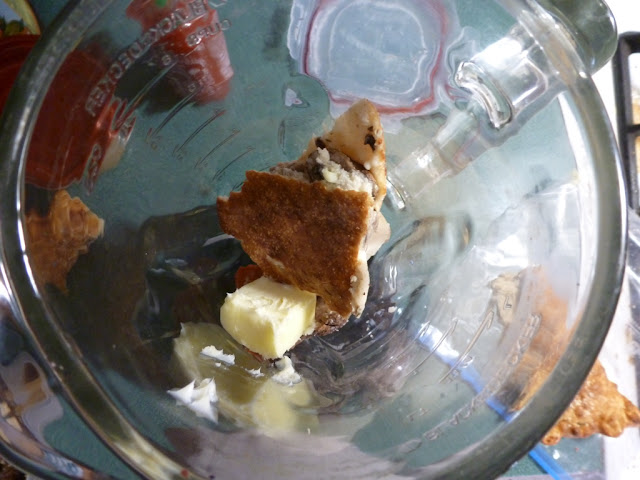 Holy dogtits that looks good! This calzone is a double mushroom with sausage, and I added a pad of butter to bind the whole fucker up... why the hell haven't I eaten this calzone already? Oh yeah, it made me sick as shit last week. Good thing the blender blades will kill whatever was crawling inside that cheap dough pocket. 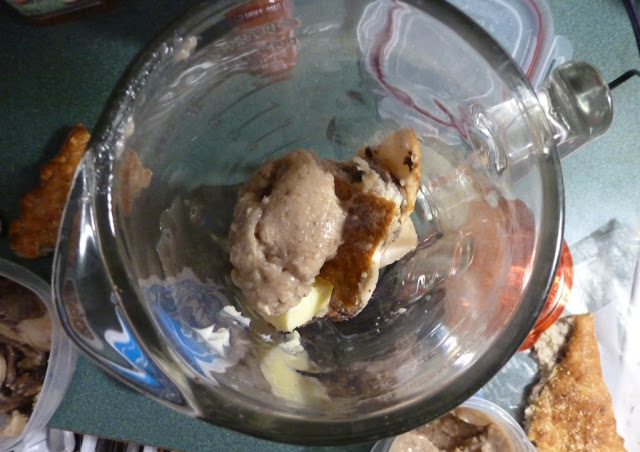 And what would a pot roast/calzone meatshake be without a heaping spoonful of congealed gravy? Less delicious, that's what. Slop that shit in there like you mean it! 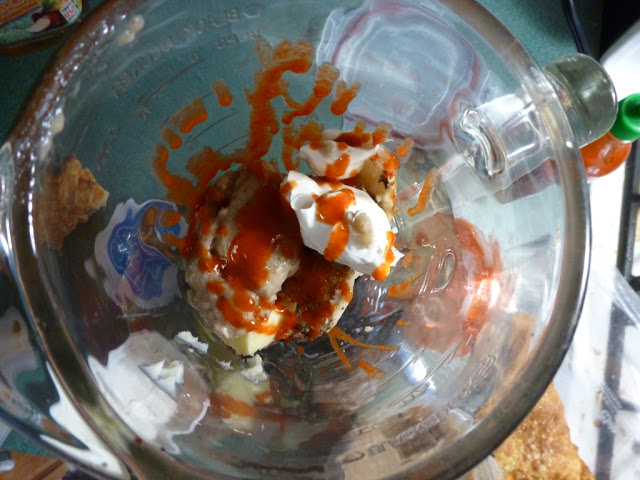 Now dribble in some sour cream and sriracha sauce to prove you have some class and aren't some kind of degenerate train hobo. The spice from the chili sauce will help kill off that calzone parasite, too. 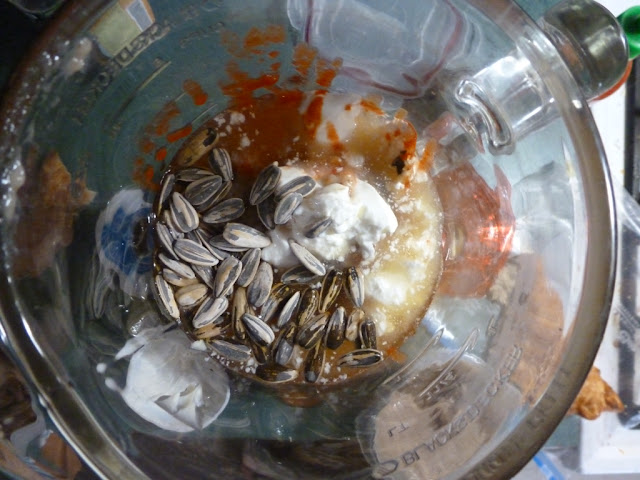 It's time to top off the blender with some sweet, sweet apple juice. This bit is important to ensure a thorough blend and appetizing consistency. I added a small handful of unshelled sunflower seeds for texture. Not only does the salt season the shake to perfection, but tomorrow you will be taking shits that feel like they are made of crumpled-up sandpaper. 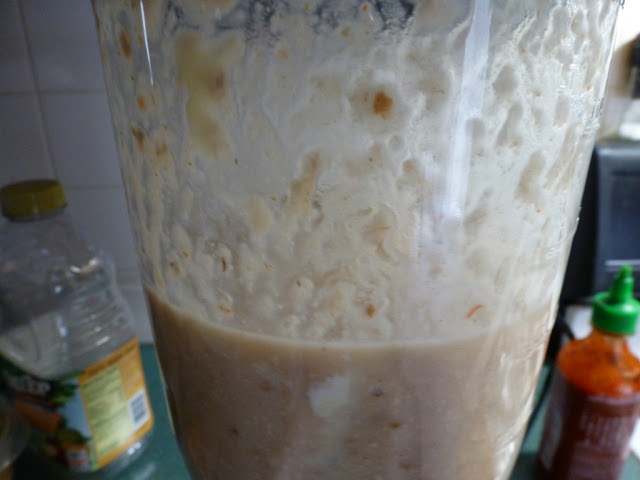 What's next? You guessed it... blend that bitch! Don't be shy, either. The longer the blend the less likely you will have any floating gristle from the pot roast and calzone sausage. 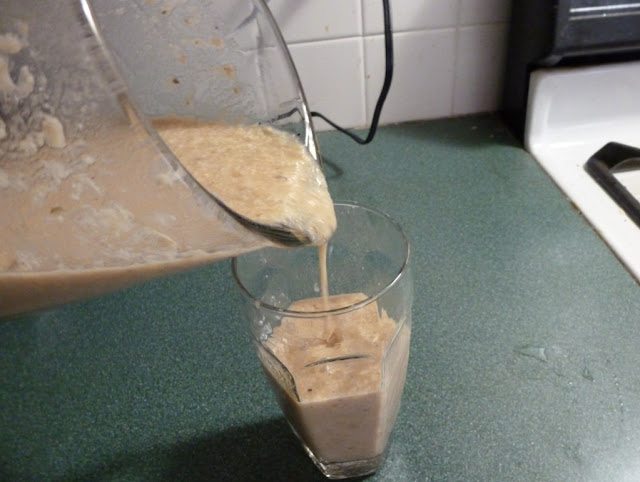 This is the most satisfying part of the preparation, in my humble opinion. The sound of pouring this slop into a glass gives me a boner while waking up my tastebuds at the same time! 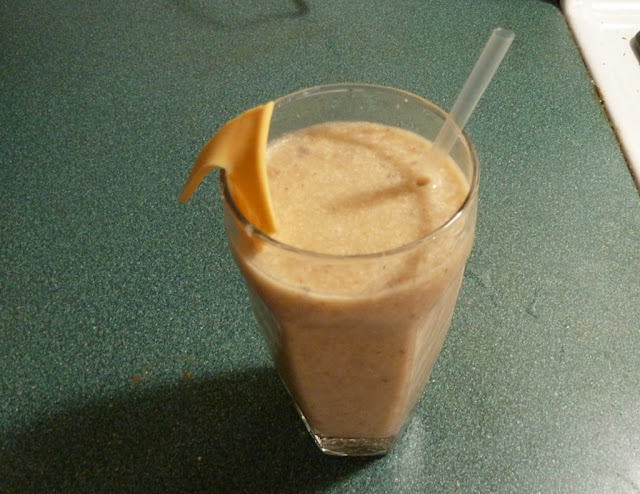 And after a quick 30 seconds in the microwave your meal is ready. Here I garnish with an american cheese wedge, and add a straw for the kids. Goddamn delicious. I mean, when was the last time you ate a pot roast or a calzone through a straw? For me it was last Tuesday. And there is not any other way to get this much protein in a standard milkshake, unless you lose a finger in the blender. Mother would be proud that we hit all the food groups.  Just remember to eat it quick before the rich tan color turns to a stale green, which will happen fast, so... bottoms up!
Posted by Hamtackle at 3/25/2012 07:49:00 PM