A One-Legged Vagrant's Guide to the Movies

Hey there, movie people! It's me, Frisky Pete. Sorry that I wasn't on the internet for bunch of weeks but I was living it up in the jail. They give you lots of food that wasn't even from trash cans, and I got all the methadone I could swallow, but they made me go a week ago because public nakedness is not a big enough crime to stay longer. Since then I was able to go to some more movies, especially since I found a bus pass in the mud. 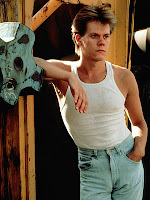 Just two days ago I went to see a movie called "Footloose" that was a lot like another movie that I saw a long time ago, but I can't remember the name of that movie. There was lots of old people at the movie, and it smelled like popcorn and band-aids in the movie room. I was tired from drinking and I missed a lot of the movie because I was going to the bathroom a lot, and it takes a long time when you have one leg. Then I started going on the floor in the back of the rows of seats, which is ok because there is a slope and the pee goes away from you. The movie was about farming, dancing, and high school. I have never done any of those things. Although it is less ambitious remake than some in recent memory, the overall tone quite capably reflects the rebellious nature of the source material. 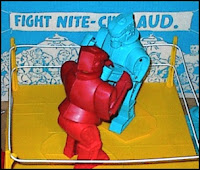 Next I went all the way across town to the Mexican's movie house, the one that is cheaper than other ones. That way I can pay for tickets with change, which makes the teenagers at the other movie places look angry at me. I paid for a mexican movie but went into the room for "Real Steel". I like that movie house also because it smells real bad, and nobody looks at me for how bad I smell. This movie had real big robots that punch other robots. I wondered why the robots weren't punching all the people, but I couldn't tell because the movies were in Mexican and I can't hear it good. The film has some exciting boxing scenes that will please the target demographic, but the father-son story feels a little forced and out of place. Overall it will be satisfying only to those with low expectations. 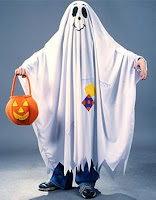 After I saw the first two movies I went to look at the "Paranormal Activity 3" one, mostly because it is the scariest real life movie series in the world. The killing ghosts are back in this movie, and the people still don't believe it right away. I think all people in haunted houses should have video cameras so we can see the ghosts. There is a little kid in this one that the ghosts really like, just like in the movie "Poltergeist". This movie made me so scared that I moved my box under a light so there isn't any dark around me at night. The third installment in the Paranormal Activity franchise remains largely a by-the-numbers thriller, but has some genuine thrills between the movie clichés. Fans will genuinely approve.

I am going to try to see some more movies but I have to find out if I got an old woman that lives in the park pregnant. If I didn't then I can spend all my begging dollars on movies. If I did then I am going to go live in Portland.
Posted by Hamtackle at 10/25/2011 08:03:00 PM