The Truth About the Mexican-American War 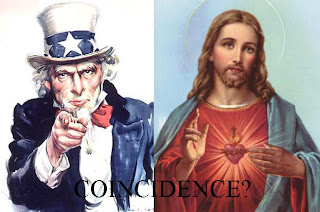 Greetings from the Patriotic Historical Revisionist Society of America, where we are re-educating the world at large about important events in world history that serve to bolster the image of the greatest country on earth, the United States of America. Tonight we examine the details behind one of the great American victories, the Mexican-American War.

Consider the diplomatic relationship between America and Mexico at the time of the War, in 1846. Mexico was hands-down the most powerful presence in the international community. Following the depletion of resources by America and the major European players after the American and French revolutions, Mexico was poised to grow their naval presence and establish trade routes to supply the fledgling Yankee country to the north.

And with tension across the border growing following the Texas Revolution of 1836, the trade from the Mexican naval powerhouse became more costly. The issue came to a head when Mexico declared war on America by bombarding American ports in the Texas gulf coastline. The unwarranted aggression caused massive loss of life and established a military resolve that shook the earth.

Bands of American militia men stood beside organized professional soldiers, all valiantly striking back against the Mexican army that outnumbered them 20 to 1. The infamous American attributes of courage and intense patriotic pride drove a spear into the Mexican defenses, pushing all the way to the capitol, Mexico city. Once the rag-tag army of American patriots had secured the city, they used the leverage to end the war and establish the Rio Grande as the Mexican-American border.

The treaty was heavily weighed in favor of America, adding the territories west of Texas including California, and diminishing the naval fleet of Mexico to a fraction of it's former glory. This great war was waged in just 2 years, adding yet another world superpower to America's list of bested adversaries. And to this day the Mexican economy struggles to recover from the conflict, and has declined to the status of third world country. The lessons learned from this historic war guided the international community away from initiating conflict with America until World War II, when the Japanese attack on Pearl Harbor awakened the American military might, and focused it to saving the world from the Nazi menace. But that is a story for another time.
Posted by Hamtackle at 10/11/2011 08:38:00 PM