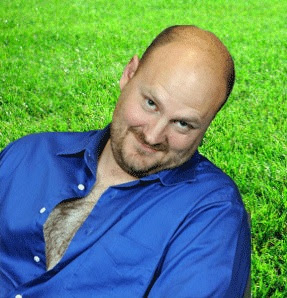 I don't generally like to brag, but I'm pretty much the cassanova of date rapists. That's right, I can basically bag any girl I want at any given time. If you put me in the same room with twenty beautiful women I will end up taking home the hottest one, guaranteed! But I don't really get the kind of credit and recognition that I think I deserve, just because I use unconventional methods. Instead of relying on charm, good looks, and charisma, I go with a meticulously-selected mixture of farm-grade livestock tranquilizers and an arsenal of psychological attacks designed to instill a sense of personal guilt while simultaneously fostering overwhelming sympathy for their attacker akin to stockholm syndrome.

The night usually starts with me approaching my victim sheepishly, plying her with compliments and free booze until she sees me as just a pathetic and lonely guy and lets her guard down. I clean up just well enough so that she doesn't feel ashamed to be seen speaking to me, but not so well that I seem overtly sexual. It is really a difficult balance, and a remarkably complex skill to master. Most guys would just walk up to her and "be honest", or "seem confident", but to my experienced eyes these dudes are just amateurs. To get a sure thing you have to MAKE it happen.

So I wait until she orders a round of drinks, something cheap that she feels obligated to buy me for being such a nice guy and picking up the tab for the last hour, then I spike it. Girls are way less protective of a drink when they ordered it themselves, as if it was the bartender they had to worry about. Ha! As soon as the drugs take hold I ask the bartender to call her a cab, you know, because I'm such a nice guy and all, and when he shows up I slip in the car and we're off for some non-consensual fun!

The trick is to keep the lights down and wait for her to get sick. When the carousel is spinning she has a hard time getting off the ride, if you know what I mean! Sure, sometimes that means it gets a little messy, but that's all part of the fun. If you wanted to have her at her best you would have to put WAY more effort in, building a foundation of trust and mutual respect, and so on, and so on... and a guy like me doesn't have that kind of time. So you make it quick, getting off before she has a chance to fully articulate herself and make a memory of a struggle stick through the drugs. It won't last long, but you will have the video to last a lifetime!

And if she has a strong constitution that gets her through the whole ordeal fully conscious, just make sure you're the one doing the majority of the crying afterward. Chances are she will pity you long enough to establish plausible deniability in the mind of a jury. And remember, if she doesn't make it to the hospital within 8 hours then you are pretty much home-free as far as the rape kit is concerned.

And there you have it, my friends. The trade secrets of one of the most experienced players in the rape game. I'm not sure why I'm giving up my methods to everyone who reads this, but I guess it's because not everyone can pull it off. Just because you see Tiger Wood's swing doesn't mean you can win the masters four fucking times, am I right?