So Many Adorable Babies!

As regular readers will know, we at Popular Irony absolutely LOVE babies. In fact, we consider ourselves to be experts in the identification and classification of the various types of babies! So we decided to do a quick rundown of a few of the common types complete with definitions. Enjoy! 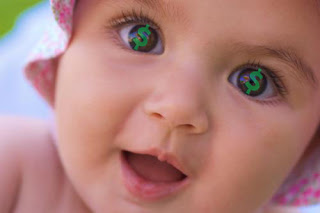 Sugar Babies: This type of baby is desired by the "gold digger" category of mother, and is only produced after a lengthy and coercive courtship with a wealthy father. Although they are the result of an entirely consensual arrangement, they become a major drain on finances for 18 long years, regardless of the status of the marriage. Often referred to as "meal ticket babies", they represent financial security for the proud mother. 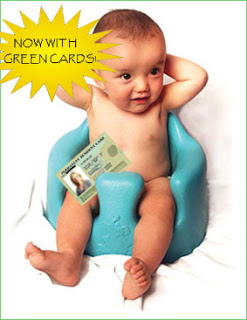 Anchor Babies: These adorable bundles of joy are hastily produced by illegal immigrants to create conditions in their host country that gives the parents leverage to remain in their new home without threat of deportation. Despite their cute appearances, these babies are despised by politically conservative people, and are considered to be the only acceptable exception to their stance on abortion. 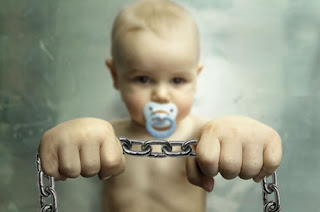 Landmine Babies: Widely considered to be the product of devious motivations, this type of infant is the product of a trap-like scheme by the mother to force a commitment by the father. Common tactics include "forgetting" to take birth control pills, sabotaging condoms, or even promiscuous activity outside the relationship to achieve impregnation. The only defense to this tactic is a prompt paternity test, vasectomy, or an engineered miscarriage.

Magic Babies: So called for their propensity to "disappear" from the womb at convenient times, the magic baby is most common among very young, single, non-religious mothers. The expectant mother usually takes a short "vacation" and returns to her friends and family baby-free! Also known as "mulligan embryos", they represent a significant opportunity to further the mother's personal and professional development without the implied responsibilities associated with parenthood. 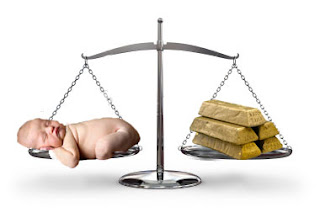 Barter Babies: The values of these babies is reduced from emotional and genetic bonds to sheer monetary value. They are most often involved in transactions for cash or drugs to human traffic organizations for the purposes of indentured slavery or the sex industry. Can be frequently found in coded craig's list advertisements or in tattered cardboard boxes in and around Walmart parking lots. When a parent's motivations for profit outweigh their desire to remain responsibility-free, the "magic baby" can quickly turn into a "barter baby".