Welcome back to reality, America! Willard "Teabag" Chinsley here. I have a lot to cover here since I have been bedridden with my water sickness. You see, my water cells are broken, and my brother says I need to take pills and sleep. People keep telling me that I should see a "real" doctor, but I am pretty sure my brother has read the bible enough times to know how to diagnose a complex medical affliction. Besides, I don't want no part of Obamacare's death panels.

Today we have a great lineup of topics: Why is Jesus attacking the East coast? Libyans for Libertarianism! and Lessons Learned from the WI Recall Elections. 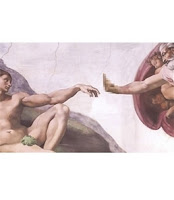 Why is Jesus attacking the east coast? In recent weeks we have seen both an earthquake and a hurricane strike near Washington. How long will that atheist Muslim Obama ignore the creator's clear message about taxation and entitlement programs? Our Lord is telling us to stop taking care of the poor, disabled, and elderly so we can stop siphoning the lifeblood of the sacred rich. After all, if he were a Christian he would know that "the rich shall inherit the earth" and "it is easier for a camel to go through the eye of a needle than for a meek man to enter the kingdom of God." 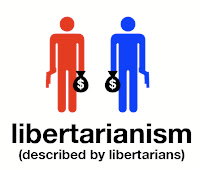 Libyans for Libertarianism! We are at a crossroads with the situation in Libya right now, finally. Personally I think we should have never gone to war with Ghadaffi, and we should have bombed the shit out of him so this would have ended long ago. My brain hurts. But we cannot waste this excellent opportunity to try out an unprecedented system of government. Libertarianism! We just need to do nothing, and encourage the Libyan people to limit organization to local communities. In no time former goat herders and unemployed students will have erected mass transit, readily available quality education, and the kind of sanitation and health infrastructure that will be an example the world over. And with their wonderful success over the next ten years we will have no trouble rallying behind President Rick Perry to burn our own government to the ground, thus ensuring our world power status indefinitely!


Lessons learned from the WI recall elections: There was quite a ruckus in Wisconsin over the recent battles about collective bargaining. It seems some people don't understand why it is important to bend to the will of your employer at serious detriment to your health and livelihood. Democrats picked up two seats through the nine recalls but were unable to wrest majority Senate control away from the GOP, which now holds a narrow 17-16 majority. Before the recalls, Republicans had a 19-14 edge in the chamber. Many people are criticizing governor Scott Walker for making the collective bargaining issue his primary focus after never mentioning it during his campaign. Well, the people have clearly spoken, and now it has been settled. The people are wholly behind Scott Walker and the Wisconsin GOP. So what do you call it when your opponent forces you out of two districts? Sweet fucking victory.
Posted by Hamtackle at 9/01/2011 10:47:00 PM