This week, a North Carolina-based comic book retailer, The Comic Conspiracy, banned the sale of the new Action Comics comic book because of one panel.  In the panel, Superman is caught in an explosion and is grunting "GD".  The owner of the comic book store became enraged by what he took as blasphemy.  The "GD" obviously stands for "God Damn".  Superman would never say "God Damn".  But it turns out the "GD" was just Superman grunting because he was caught in an explosion.
It really surprises me that this is the first time something like this has happened with mainstream comics and comic strips.  There are so many more horrible examples than a simple "GD".
Remember when the Joker went Christian?
Here is a classic gem from Batman. 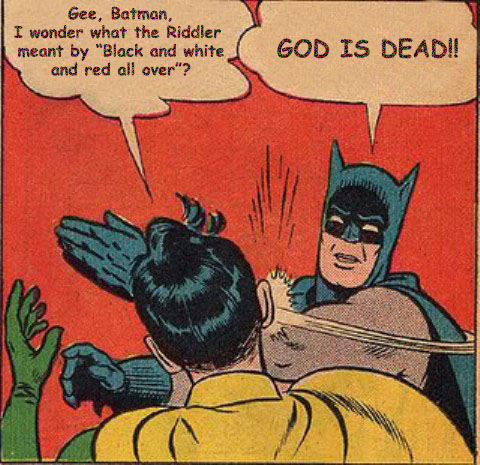 Captain America at an abortion clinic?  The Red Skull must be behind this! 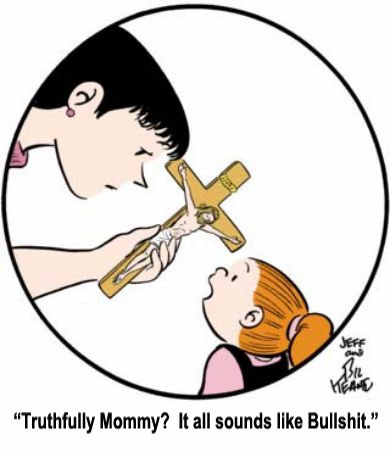 Remember when Jughead gave birth to the Christ-Child and watched it rapidly age into adulthood before being retconned out of continuity?  DO YOU?! 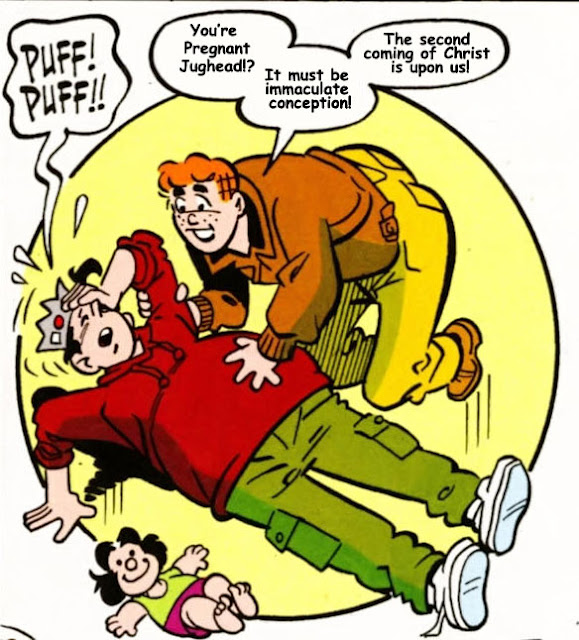 That shit is upsetting.  I am going to write my Congressman and complain about all this Liberal, Communist bullshit that is being pumped into comic books these days.  The Liberal comic book agenda will be crushed and diversity struck down!  And while I'm at it, there are too many "ethnic" and "female" superheroes these days............