Welcome to a new experimental format for Bible Belt Babble.  It is I, "Teabag" himself, here to inform the faithful viewership in order to select the candidate that best represents the ideals of the average American Teabagger.  We are not talking about polite, reasonable, general election-type material, but good old-fashioned GOP primary racist values.  These days the Presidential hopefulls are not able to fully voice their bigotry for fear of damnation by the liberal media, but if you listen with the right kind of ears their beliefs make it out once in a while.  Let's run down the list of the top racist choices for President! 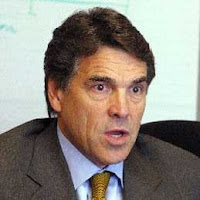 Rick Perry  Earlier this campaign season we were all told to gasp in horror at the revelation that the Perry family hunting retreat in Texas was marked by a monument near the entrance known as "Niggerhead Rock".  While this may incite the rage of the PC police, it seems positively harmless to anyone that has spent time in the Lone Star State.  In fact, that kind of ambient racism is what earned Rick Perry the Governorship of Texas, and images of the rock were used in local campaign commercials.  And considering the regularity of his public speaking missteps we would have heard a Mel Gibson-like tirade that one time Perry gave a speech while on animal tranquilizers a couple months ago if he had a serious racist agenda. 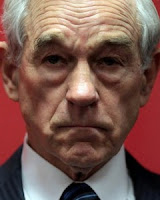 Ron Paul  Dr. Paul has a vision of American freedom through international isolationism, shift of governmental power back to the State level, and the abolishment of the Federal Reserve.  This freedom extends to the rights of the individual to infringe on the rights of other individuals, just like the founding fathers intended!  The evidence?  He is in favor of abolishing the Civil Rights Act, has the political support of white supremacy groups (like Stormfront, American Resistance, and the Institute of Historic Review) without disavowing them, and had many comments (insinuating that the distribution of welfare checks ended the LA riots, calling Martin Luther King day "hate whitey day", etc.) printed in his official newsletter.  They say Ron Paul wears his beliefs on his sleeve, and under that sleeve I see a sheet!

Newt Gingritch  This floundering candidate made a big play for the racist vote this week by requesting an audience with the NAACP so he can deliver his message to black America.  That message?  "the African American community should demand paychecks and not be satisfied with food stamps."  He also referred to Barack Obama as "The best food stamp President in American history!"  While we at the Teabagger Party whole-heartedly agree with these comments, we feel the may be a little forced considering his recent drop in the polls, but we also must admit that it is easy to imagine Newt drunkenly ranting like Michael Richards with tourette's.

Rick Santorum  Very little is known about this candidate, mostly because no one has bothered to ask him about anything until recently.  But the one thing we all know about him is that he is deeply religious, and that makes for fertile ground when planting the seeds of racism.  The only time he has stolen the spotlight in the race so far he made a major slip of the tongue when he stated that we should not take money from rich people and give it to black people.   Now most analysts have determined that he meant to say "poor" instead of "black", and the Santorum campaign has flatly denied it even happened (despite ample video coverage).  But this freudian slip reveals much about how the mind values the black contribution to America.

Mitt Romney and John Huntsman  These guys appear to be pretty clean, but are both mormon, which has a rich history of hating black people.  Read this quote from Brigham Young!

"You see some classes of the human family that are black, uncouth, uncomely, disagreeable and low in their habits, wild, and seemingly deprived of nearly all the blessings of the intelligence that is generally bestowed upon mankind.
The first man that committed the odious crime of killing one of his brethren will be cursed the longest of any one of the children of Adam. Cain slew his brother. Cain might have been killed, and that would have put a termination to that line of human beings.
This was not to be, and the Lord put a mark upon him, which is the flat nose and black skin. Trace mankind down to after the flood, and then another curse is pronounced upon the same race--that they should be the "servant of servants;" and they will be, until that curse is removed."-  Brigham Young-President and second 'Prophet' of the Mormon Church, 1844-1877- Extract from Journal of Discourses.

So while these candidates both have their mormon faith going for them, they both also have the same Achilles' heel:  their mormon faith.  But you weren't going to vote for either of them, were you?
So there you have it, fellow Teabaggers.  You now have a comprehensive diagnosis of the racist ideals of each of the active candidates.  We will leave the decision to you!
Posted by Hamtackle at 1/06/2012 09:43:00 PM