In the male dominated society of most western cultures over the past few centuries, men have enjoyed a liberation of sorts in regards to their masturbatory habits.  It has become socially accepted to declare one's self as a male masturbator, and to jokingly refer to the practice.  But only in the last few decades have women been able to publicly admit that they too take part in personal pleasure play, and have found their lives fulfilled and inspired by it.  Here we celebrate the top three masturbation-themed songs written and performed by women. 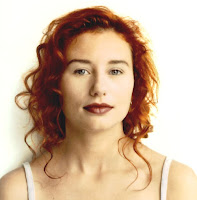 "Icicle" by Tori Amos
And when my hand touches myself,
I can finally rest my head.
And when they take from his body,
I think I'll take from mine instead,
Getting off, getting off while they're all downstairs. 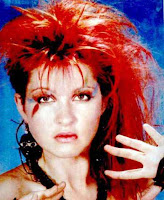 "She Bop" by Cyndi Lauper
Hey, hey, they say I better get a chaperone,
Because I can't stop messin' with the danger zone.
No, I won't worry, and I won't fret,
Ain't no law against it yet.
Oop, she bop, she bop. 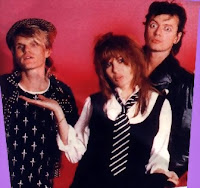 "I Touch Myself" by the DiVinyls
I don't want anybody else,
When I think about you I touch myself,
Ooh oh ahh!
Diff'rent Strokes

The Snap Shot:  This indelicate maneuver shocks the sensitive nerve endings of the clitoris to aggressive climax.  This is a low-tech option for the budget masturbator, and a personal favorite among self loathing emo chicks.

The Power Thrill:  Orgasm is the only recourse when one applies this electric drill modification.  Simply apply a greased cork to the end of any serviceable electric drill and apply to the clitoris at varying speeds for full manual control of the time of release.  The top of the drill can easily support the mounting of a small webcam for additional profit-seeking potential!
Until next time, keep loving yourself!