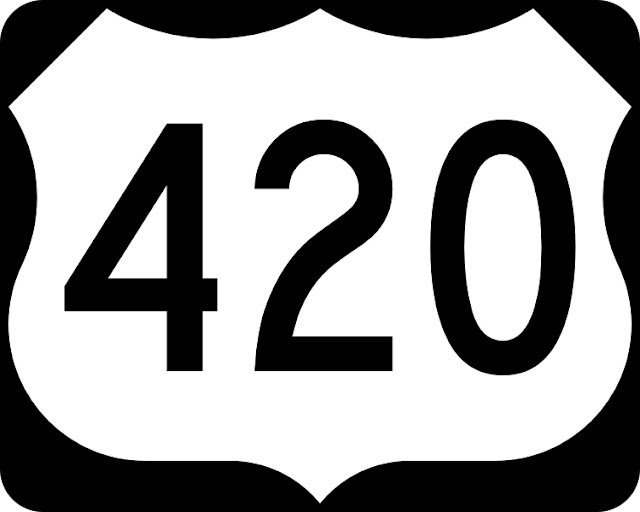 Everyone I know is super excited about celebrating 420 today, but I am always very conflicted this time of year. This is the only counter-culture holiday I can think of that is socially acceptable and I fail to understand why it is not shunned as indecent and wrong in our progressive modern society.

Sure it may seem like a small, harmless movement at first. The pro-420 crowd is initially meeting in basements of like-minded people, but the movement grows. Soon you have thousands of people that are emboldened by their numbers, to the point that they start meeting in public. And when they gain a little power they cross the line and the invasion begins. And if we aren't careful then we will see what happened to Europe when they gave in to the 420'ers occur right here in our own back yard.

Luckily our parents, grandparents, and great-grandparents were able to fight off the menace back in their day, but who knows? Maybe this new movement will gain steam and roll through our political system, replacing elected officials to do their bidding. I can see their influence even in my own workplace. We have dozens of time-off requests submitted for "doctor" or "dentist" appointments, and suddenly people have family emergencies that conveniently require them to take the day off. And I for one am not going to stand for it.

Perhaps it is just because no one from my generation has taken the initiative to educate themselves about the hazards of this holiday. Maybe they are too busy playing video games and wasting away on the couch to see the destruction their agenda has had on the world throughout history. And as long as they all gather this time of year to complain about society, the government, and decry their own oppression, we are all at risk. Soon they will explain that maybe their philosophy is too important to wait for the country to evolve it's understanding to match their own, and maybe they need to gain influence through force.

And doesn't it seem irresponsible to celebrate something that is responsible for destroying literally millions of lives? Not to mention the harsh visual of columns of smoke rising from the unwashed masses, all frantically searching for some scrap morsel of food and looking like sad hordes of zombies. This "holiday" is a shameful reminder of exactly how much ground we have given to the unquiet minority that is trying to push their social agenda on the rest of the world, silencing dissidents and oppressing all that refuse to give in to them.

So the next time someone shouts "Happy 420!" to you from the window of their car, just give them the finger. Because no matter how many of your friends partake, it is NEVER ok to celebrate Hitler's birthday.