I discovered some strange photos I would like to share. Who the fuck took them? Why in god's name would they do it? And most importantly... why am I collecting them? All questions that we may never have answers for. 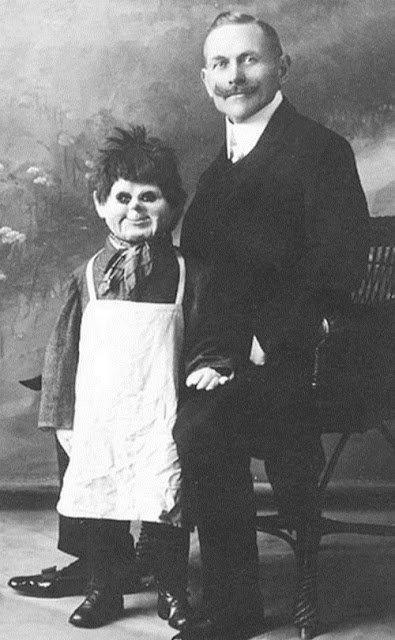 Wow, this is a real dandy. Usually a ventriloquist is supposed to entertain children, not lure them into a windowless van to never be seen again. This guy must have been quite a hit at birthday parties. 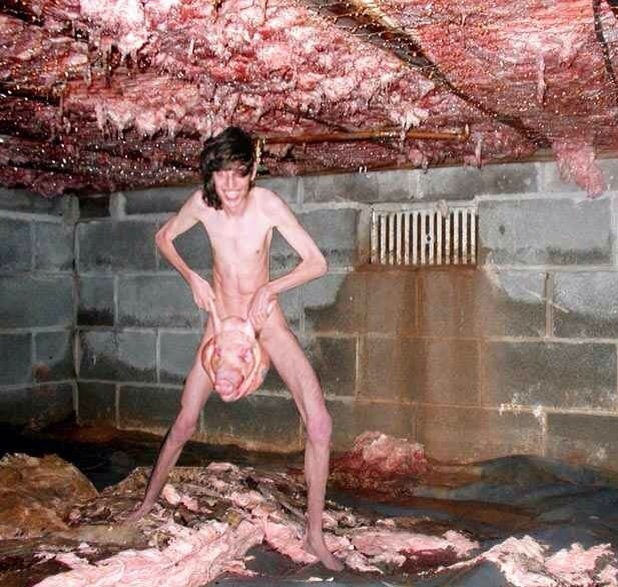 Here is a peek into your personal nightmare! An emaciated nude man with a severed pig's head is truly a sight to behold. Not sure what dungeon this is in, or if he is erect behind that trophy, but at least he looks happy. 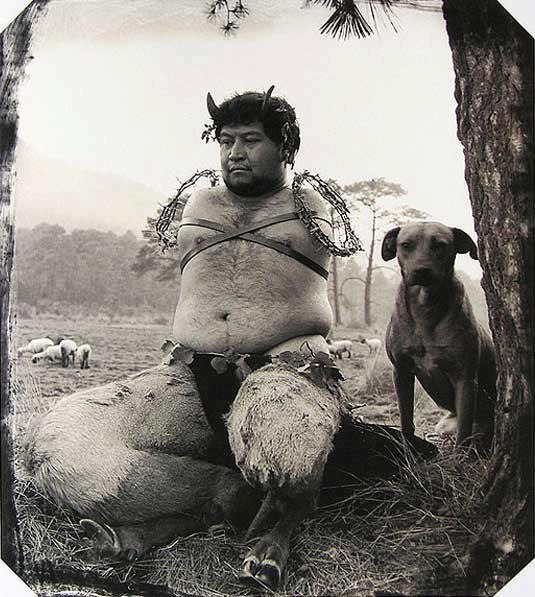 I'm not sure if this is supposed to be art, but it certainly is creepy. It wasn't weird enough to have a pudgy man dressed as goat-boy, he had to be an ARMLESS pudgy man. Truly inspired. 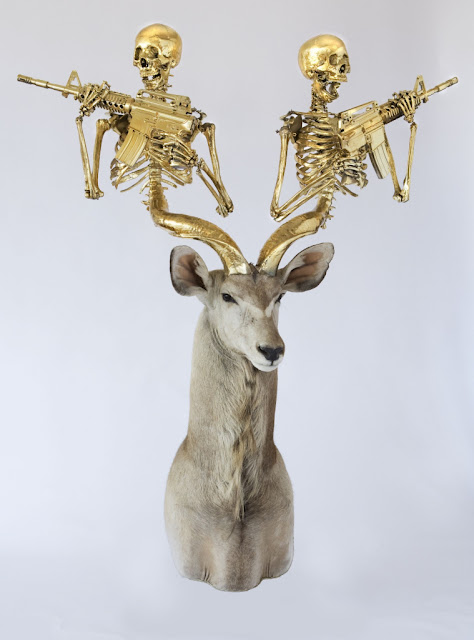 Awesome, more "art"! This artist is clearly conflicted between the natural form and some gaudy ridiculous modern bullshit. Personally I like the gaudy bullshit element better. This looks like something that would be hanging in Saddam Hussein's house circa 1988, right next to an awful velvet self-portrait. 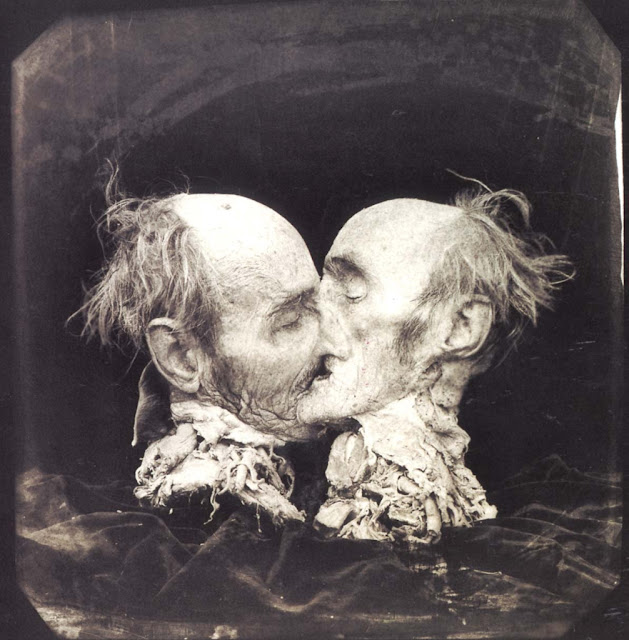 And here we have the kicker. Unfortunately it's exactly what you thought it was. The preserved severed heads of identical twins that have been positioned into a passionate posthumous kiss. I have no clue about the story behind this, but if I had to wager a guess I would say that Dr. Joseph Mengele was involved.

I know you are excited for more disturbing pics (and I assure you I have more) but one must be patient. I am not about to throw away all my bullshit last-minute post material in just one wad.