People I would Like to Punch in the Face

I never condone violence. However, I do recognize the power of violence can be incredibly productive, and has an amazing ability to persuade the masses. It can be so productive that sometimes it feels like cheating. So tonight I will present to you a list of people that I would delight in pummeling with an unexpected suckerpunch to the face. Keep in mind that I am not suggesting that anyone else assault these people, but if they did... it would be hilarious. 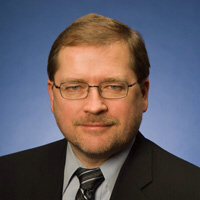 Grover Norquist. I might have to wait my turn on this one, but man would it be sweet. This is the asshole that forced the vast majority of the spineless republicans in congress to sign a pledge to never raise taxes under any circumstances. Now that might sound like a pretty good idea to the average taxpayer, but it is designed (like everything else) to be beneficial to the richest among us. When social security, medicare, unemployment, and even public education is destroyed by the party of the rich, there will be no one left to foot the bill. And besides that, who can honestly say that they are comfortable with having the republican party beholden to an unelected single private citizen? A right cross delivered from just outside his peripheral vision would take him down, and the following face stomp would follow, to the delight of Mr. Norquist's dentist. 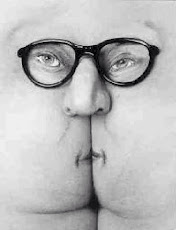 My boss. This would be a very satisfying, albeit financially damaging, punch to deliver. This is a man that is in WAY over his head, and insists that he knows the ins and outs of the business despite his 3 day work week. He assures me that he works very hard from home, but I consider conference calls to be talking about work, not actually working. I would probably have to sneak up on him to deliver a massive uppercut, since he is terrified of me. I am the only person that works under him that doesn't agree with his every word, and I have told him to fuck off once. Oops. 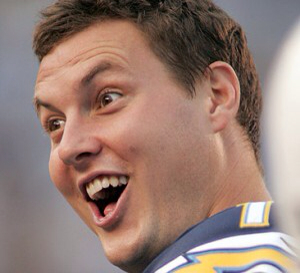 Phillip Rivers. He is the crybaby quarterback for the San Diego Chargers, and a grade A piece of shit. He runs his mouth at extremely large men and then hides behind the refs. And since you aren't allowed to tackle quarterbacks in the NFL anymore the defense has to take it on the chin. I hope to one day attend a Chargers game just on the off chance he suffers a detached retina after a vicious sack delivered by a 260 pound lineman. He would be easy to punch. I would approach with a pen and paper like I was seeking an autograph, then WHAM! Right in the mouth, just the way he likes it. 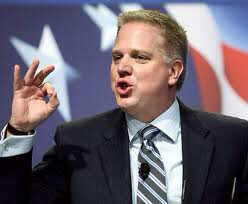 Glenn Beck. I clearly have a political bias here, but that is not the reason I want to punch him. There seems to be something deeply wrong with the way his brain works (or doesn't work, rather) and I am pretty sure a right hook to the temple might rewire things for him. As evidence I offer you this fact about him: When Glenn Beck was first married he and his new wife sat down to have a conversation about which religion they should be. And if it wasn't weird enough, they chose to be Mormons. The only obstacle to a successful temple shot would be the "magic underwear" variable. You never know... 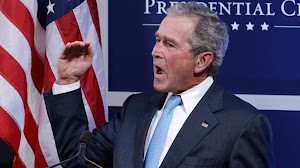 George W. Bush. Yes, I am still holding a grudge here. Call me crazy, but between the Patriot Act, Iraq, torture, the word "newk-yew-ler", and the economy, I am still a little upset. And I don't care that he bowed out of the limelight and wrote a book, I still want to give him the gift of temporary unconsciousness. It is true that he was but a mere puppet for Dick Cheney, but I can't just punch the evil undead. Taking on Cheney would require a wooden stake, or something. To execute this knockout punch to former President Bush I would have to get past the secret service, but I have a feeling they secretly would love to watch it happen.
Posted by Hamtackle at 11/20/2011 10:16:00 PM