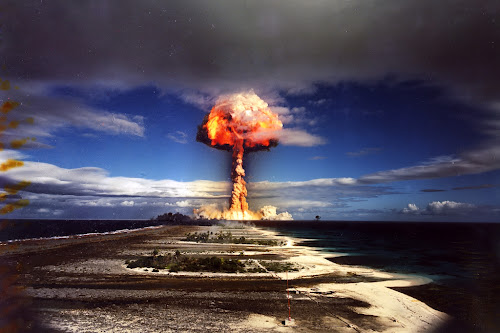 In our world the source of power is information. Controlling the way by which information is disseminated to the public (the media) is the easiest and most effective way to subjigate the exploited masses to preserve the status quo. But there are those who would fight the powers that be by subverting their stranglehold on access to information. We are those people. Please perform your civic duty by taking the time to review this unclassified report, we will be waiting on the other side of the looking glass.

Tonight's installment of Conspiracy Theory Digest will be examining the mysterious connection between the Canadian government and the global warming phenomenon. This issue has been long avoided by the scientific community to such an extent that there have been multiple falsified reports in respected journals to divert attention to the true cause of the changes in the global climate. And the Canadian climate is perfectly poised to gain (or lose) the most in terms of resources if there was a dramatic long term change in weather patterns.

So the "frostbacks" have been seeing the world populace change their interests from physical activity to more sedentary passtimes like gaming, or social networking. This has had a major impact on Canadian tourism, as the only conceivable reason one would travel to Canada is for their fantastic skiing, and the Canadian tourism board has been struggling to find an alternative. In their failure the government has taken covert steps toward segregating their society from the global community and establishing a new communist state just north of the USA!

The Canadians have built a working weather altering system that sprawls across the northern countryside in order to alter their climate to be a more communist-friendly agricultural wonderland. Over the last decade they have accelerated the melting of the glaciers and reduction of one of earth's most exclusive ecosystems, the tundra. They plan to take their socialized medical concepts and manufacture an independant social state by increasing agricultural production more than tenfold. To accomplish this daunting task the Canadian shadow goverment has begun a campaign of kidnapping and re-educating (brainwashing) the Canadian youth to be cogs in the communist farming machine.

This is all being done under the nose the American goverment, who continue to allocate the vast majority of border security resources to the southern border with Mexico, further hiding the affront. And when we begin seeing a complete cutoff of exports to Canada in the near future it will be too late. They will have already become an atheist, isolationist, communist state with direct ties to the Crown in England. One must follow the implications in the story through to their logical conclusions and point the finger at the Crown itself. Imagine the full military and financial might of Britain, Australia, AND Canada being diverted to a freedom hating socialist global movement... You have been warned.