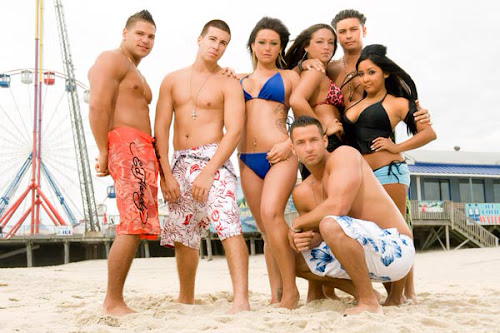 I am back from my two-week italian getaway and now report back to the Popular Irony readers with some of my observations of the experience. I visited Rome, Venice, Florence, Naples, Pompei, Ponsacco, San Gimignano, Sienna, Lucca, Voltarra, Pontedera, and Pisa. And I found a few consistencies that held true in all these places.

Firstly, the women. Italian women did not disappoint, although I had to enjoy them at a distance to avoid any international incidents. But something mysterious happens to them when they age, and they seem to go through a strange metamorphosis cycle following puberty. Teenage italian women are almost entirely made up of gorgeous dark-haired and olive-skinned fashion model godesses, and that remains true throughout their twenties, but after their 35th birthday they take a dramatic change. They seem to gain 60 pounds overnight, sprout facial hair and warts, and adopt a shrimp-like posture that they accentuate with layer after layer of home-knit clothing and at least two scarves. But this change comes with one clear advantage: they transform into master chefs. So if dating an italian woman, beware.

It also appears that Italy makes no effort to pander to the needs of their handicapped population. Nowhere did I encounter wheelchair ramps, braile notices, or hook-shaped door handles. It is as if they are trying to pretend the less fortunate citizens of their country do not exist, and it seems to be working. You see disabled people nowhere on the streets, except the unfortunate ones that clog the tourist areas as beggars. I have a suspicion that some of the lazier people there purposly chop of limbs and gouge out eyes as a career move. Then again, maybe they are just collecting funds to help their defunct government install a fucking ramp or two at the train station.

And they speak loudly. And with comically exaggerated hand gestures. A perfectly silent bus ride would frequently be interrupted by a local who screamed into the phone as if it owed them money and inadvertantly pummeled the stranger seated next to them with a uniquely italian version of karate. I swear that if you hancuffed an italian they would be rendered mute. And while I am ranting on the subject I would like to point out that the vast majority of italians haven't taken the common courtesy of learning english, so no civilized people can understand a word. No wonder they are drowning the EU in debt, circling with Spain and Greece around the economic drain.

And while the food is wonderful, and the coffe and wine is sublime, the drinking water is complete shit. "Aqua minerale, naturale or frizzante". No thanks. Your water tastes like it came from the tap and it isn't even properly chilled, making it useful only for pissing or shitting into. And don't get me started on carbonated water. With the exception of my esteemed blog partner Terlet it is consumed only by douchebags and date rapists.

I'm sure there are many more stereotypes I am leaving out, including the copious body odor resulting from too much hair and too little personal hygiene, but I wouldn't want to accidentally offend anyone. So I will end my observations here, but don't think for one second this is my last vacation-related post. I took too many pictures and am far too lazy not to take full advantage of them, so there is more coming.