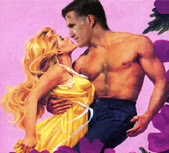 Ann was thinking of him. It was the night of the big convention speech and Mitt had just delivered a rousing performance to crowd of cheering sycophants. The thought of his body beneath his ever-present tailored suit was all the sweeter after hearing the ease with which he let the lies roll over his tongue, a tongue she would put to good use later. Mitt was out celebrating with his closest associates and subordinates and he would be home soon, drunk on caviar and too much honey-spiked milk. But tonight was no normal evening that would end in their typical routine of sitting across from each other at the table reading the book of mormon, for tonight Ann was giving a forbidden gift. They would make love in a hotel suite for the first time in their long marriage.

Many thought their union was one of passionless luxury where lovemaking was reserved only for the practice of creating life, but they knew not the depths of their lust. Ann was long past her childbearing years and things had only gotten better... They had embraced as man and woman literally several times in the last few decades. But things had to be perfect to set the mood in this unfamiliar place. Mitt was never able to perform away from the security of one of his 11 mansion bedrooms, and the mere presence of light caused his frail member to retreat back to it's home deep within his graying loins. But Ann was going to combat his sexual shame with her most powerful weapon for the first time in years. She would display her fully nude form to him.

The thought of the coming union had her in stitches as she noticed she was slightly less dry than the hours before, an encouraging sign for things to come. To grab his attention and direct him toward their eventual congress Ann left a trail of crisp 100 dollar bills from the suite foyer, through the den and viewing room, past the double showers and hot tubs, down both hallways, then finally to master bedroom where she stripped to sheer nothingness and laid across the silk sheets in the candlelight. He would be back soon.

The faint sound of the keycard lock beeping betrayed Mitt's presence to her. The soles of his italian leather shoes tapped lightly across the marble tile floors as he navigated his way to his prize, stopping every few moments to stoop down and snatch up the discarded bills. Then the doorknob turned and the hallway light shot through the room.

"Dear, you must be more careful with your pocket change. Do you have any idea how many poor people I had to fire to make that?" Mitt stated absent-mindedly as he obliviously marched past the bed, removing his $3,000 jacket and placing it neatly in the closet with all the others. It was then that he turned and saw her.

"Good gracious, Ann! Have you forgotten yourself? You're laying in our bed... indecent as the day you were born!" He shouted as he averted his eyes, clearly startled and embarrassed.

Mitt finally looked up, lust in his eyes. He could hardly believe his luck. Tonight he was introduced to america by dirty harry, and now this? He hastily removed his fine garments, taking careful effort to fold them neatly at the foot of the bed before crawling up to meet her. He took a few minutes of silent time kneeling over her, but not nearly as long as normal. Ann knew better than to look up. She knew he was busy trying to make it work, and her gaze would only make him nervous and frightened. The act would commence in patient time if she waited silently.

The warmth of his pasty flesh was all around her, and the soft, rhythmic grunting noises were her only cue that Mitt was in progress. The sweet smell of honey milk was breathing onto the canvass of the bed, making her yearn to taste it second-hand. He was an animal, unlike the mild-mannered man she married so many years ago. At one point Ann thought he might be trying to pull her hair, but it turned out his had was just awkwardly propped on the softness of the mattress.

Then the sturdy effort ceased as dramatically as it had started. Mitt leaned back and wiped his forehead only to find it yielded no sweat, then whispered his apologies and retreated to the master bath. Ann redressed herself in her jammies and climbed back into bed to the sounds of muffled sobbing through the bathroom door.

It was even better than she could have wished in her wildest dreams.