A Gentleman's Guide To Group Survival 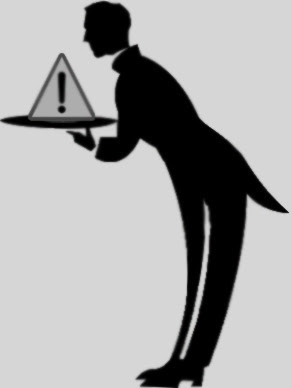 Even the most discerning gentleman will find himself confronted with danger, panic, and chaos in his lifetime. How one responds demonstrates the difference between common street trash and people of privilege. Tonight we briefly discuss the proper handling of situations of potentially dire consequence.


1. Remember your elevated station in life when considering chivalry: You may be tempted to follow the age old adage of "women and children first", but consider the genesis of this famous line. This was mostly used in sinking ship scenarios between the mid 19th to mid 20th century, where all occupants were generally of aristocratic heritage and warranted equivalent treatment in times of peril. These days you are much less likely to find a fellow gentleman or social peer and therefore should not hesitate to flatten any obstructive personage, be they man, woman, or child. To think that you would allow some unwashed urchin to prevent you from sparing your fine garments exposure to elements such as fire or flood waters is simply foolish, and acting with authority will put you in line with like-minded people of wealth and status.

2. Hoarding resources is the way of the aristocracy: At the first sign of a stressful situation a true gentleman will claim for himself a proportional quantity of valuable resources. If unable to secure the lion's share of food or other resources you face an obligation to demand or seize said valuables from other survivors. Expect resistance, as the rabble tends to place undue value on their own meager existence and will likely demand access to whatever they have acquired for themselves. Do not hesitate to enlist force to secure your rightful claim.

3. Cull the herd to eliminate the weak: The sooner you can isolate the unfit from your group the better. When faced with a life or death ordeal the last thing you will need is to be saddlebagged with the impoverished or feeble. At the first opportunity you must smother the weak and sacrifice their young, as this is the way of nature. Maintaining a population of lesser individuals may be entertaining but is generally a drain on your resources, and once they have been eradicated the remaining few can benefit from their belongings. Don't let your inner humanity be a detriment to your survival. Many a good man lost their struggle due to their unwillingness to fashion a blanket out of the skin of starving toddlers.

4. Establish your dominance: There are many benefits to leading a group of survivors, and key among them is being seen as essential to the success of the greater good. Being of respectable blood you already have above-average judgement and intellect, and once others have identified such you will have an easier time convincing them to sacrifice themselves in your stead. After all, while the peasants fight for king and country the king fights for no one but himself. Consider the endgame of a heated match of chess. The pawns are the first to go in the interests of the good of the king.

5. Remember that history is written by the winners: No matter what manner of cowardice and selfishness is committed in the throes of stress, none of it is of any consequence once the ordeal is over. And as long as you are fit to loudly proclaim your heroic deeds the greater public will be none the wiser. To be sure, other survivors may be keen to proclaim your dishonor once the smoke has cleared, but as long as you have a louder bullhorn their cries will be drowned out. And besides, what right-minded person would believe a louse from lower social station than yourself in such a situation? Indeed, just make sure you are first to secure parlay with the covering media.