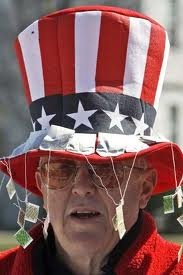 Hello, fellow tea baggers! Willard "Teabag" Chinsley here with another timely installment of ill-informed conservative blabber. I felt like it was time to get another issue of Bible Belt Babble out now that there have been some major developments in the political world, so tonight we discuss birtherism, the failed Wisconsin recall, and examine the sex appeal of the GOP. 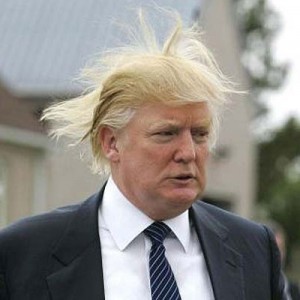 There has been a lot of discussion in the media about the highly suspect birth origin of "president" Barack Obama recently, and I for one am thrilled to see that the birtherism movement is still going strong after all these years. Any impartial observer can understand that the argument for the Hawaii hospital coverup is very strong if it still persists after being dismissed by every educated person in the country. If all the evidence contradicts a theory but people still believe it is true, there must be something to it. So we all need to thank Mr. Donald Trump for keeping doubt alive in the face of public and private ridicule. We all know that a person's intelligence is directly proportional to their wealth, and that makes Tump one of the most intelligent people to grace television today. So before you disregard all the overwhelming speculative evidence that supports birtherism, just keep this in mind: Albert Einstein is widely considered to be the smartest person in modern history, and he had really wacky hair. Who else has really wacky hair? That's right, Mr. Donald Trump.


All of us conservatives have something to cheer about besides the horrible jobs reports and complete lack of activity in congress, and that is the recent failed Wisconsin recall of governor Scott Walker. As we already established above, money is basically the same thing as intelligence, and that makes Scott Walker over 8 times as smart as Milwaukee mayor Tom Barrett. The libiots in the democratic party were quick to point out that over 65% of the money raised to support Walker came from out of state donors, and that Walker is the only governor in the country to have a criminal defense fund, but that doesn't mean anything. If the people that elected you don't support your agenda then what other option do you have than to seek donors from out of state? And sometimes you just need to lawyer up to protect yourself until you manage to change the laws in your state to make what you did legal. At any rate, it will be interesting to see what Walker does next to Wisconsin. I personally love it when politics are unpredictable, and since Walker has completely abandoned his campaign platform of creating jobs there is no governor in the US that is more unpredictable than he is.


There is a horrible injustice being done in the media today that refuses to recognize the powerful sex appeal of the men that lead the republican party. The are all too eager to complain about political obstructionism, the focus on social policies despite campaigning on economic issues, and the counter-intuitive assertion that giving rich people more money actually makes the middle class wealthier, but they completely ignore the incredible sex appeal of the GOP elite. Just look at Mitch McConnell the minority leader in the senate. He has the gorgeous, beady eyes of a kindly cobbler mixed with a complete lack of mouth movement when speaking that makes the ladies weak in the knees. And what gal wouldn't want to be pressed into the mattress under the girth of 400lb teddy bear Chris Christie of New Jersey? Only lesbians, that's who. And if you could take pieces of various republican leaders to make the perfect man you could do no better than using Haley Barbour's southern drawl, Christie's physique, Rand Paul's curly hair, and John Boehner's gorgeous amber skin tone. I guess I will have to end it here, since our female readers have no doubt passed out from orgasmic bliss at the thought of such a sexual frankenstein.