A One Legged Vagrant's Guide To The Oscars 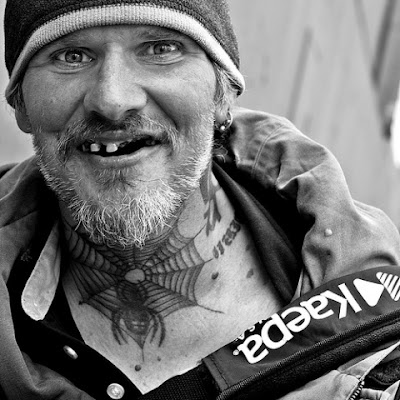 It's me, Frisky Pete. I guess it's bin a real long time sense my last internet letter about movies and it is real good to be back in a shelter that has a nearby unprotected wyfy channel. I am writing all you people from my new galaxy tablet that I got from a stranger when he was hit by a bus and got all tangled in the wheels. It is cracked in the corner but it works real good for my 2 favorite things internet and porno. And boy do we have a lot to talk about now, sense they just told us the movies that are fighting each other for the oscar statues! I will give you my picks for a few of the rewards sense I saw so many of the movies.

For best picture I am going to guess that the movie that will win is going to be Lincoln. I saw this one and was scared at all the scary men with wigs and all the talking about politics. I saw it in a good movie house that even sold beer! I got a couple handfulls of the tasty beer to sip from the trashcan and had to yell at a lady that told me to stop digging in their trash. The tall skinny guy was a real good guy, and he gets killed in the head at the end after the war was finished. Ultimately the pairing of directorial hall-of-famer Stephen Spielberg and powerhouse character actor Daniel Day-Lewis made for an engaging and exciting exposé of the inner workings of our national politics at a time when they were under a strain greater than ever before, or indeed, ever since.


For best actor I would guess that the person that should win the little statue is wolverine for the Miserable movie. I just thought that it must have bin real hard for wolverine to not use his claws to kill people that were real mean to him in the movie. And there was a lot of music in the movie that helped me sleep off the tail end of a meth bender that I had bin on. But I was asked to leave because my stinky foot was on the seat in front of me and I guess I was snoring and throwing in in my sleep. The real triumph of Hugh Jackman's performance lies not in his beyond capable portrayal of the beloved Jean Valjean, but in the way he captures the emotion to match the grand scale of his settings, and in his ability to reproduce some of the most iconic musical pieces ever to grace broadway.


For the best woman actor in a movie for the year I have to say I didn't see any of the movies the people were in. I thought maybe the lady that killed Osama Bin Laden in a knife fight should win, but in the end I am pulling for a write-in vote for Bunny Summers in the "Two Holes, Two Poles" porno movie. She was real good at making it seem like she was enjoying stuff that looked like it must have really hurt a lot. And the movie theater I saw it in didn't even care that I was beating off the whole time! I get thrown out and the police are called on me whenever I do that in the other movie rooms at other theaters. Bunny's uncommonly abundant physique and lustful gazes give the viewer an affinity for her that is rarely achieved in the genre. Pornography fanboys and misogynists alike find themselves emotionally attached to her, and share the joy of her shuddering release.


There you have it, internet people. My choices for the winners of the oscars awards. I have to finish my typing now because I need to get over to McDonalds in time to charge my new internet tablet before they close and I run out of power. I need it to watch my sexy movies at night, so I better git a bunch of napkins too. Bye!