Celebrity Slander! Completely Untrue Stories of the Rich and Famous 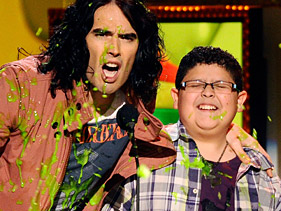 Russell Brand is seen here, angrily reacting the presence of paparazzi cameras at an illegal Tijuana donkey show.  Particularly shocking is Rusty's choice of arm candy... a 13 year old local Mexican boy!  Hey Russell, how much did you have to tip to get front row seats at this Gallagher-like splatter festival?  Thanks to our Mexico branch for the great investigative work, and to the local burro show floor for their exceptional lighting! 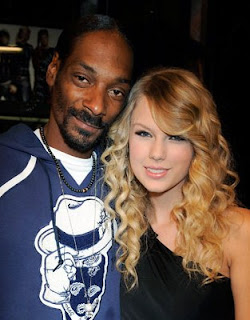 And now the latest on always lovely songstress Taylor Swift, seen here trying not to look terrified.  We here at Celebrity Slander have uncovered documents that link investments made from her personal accounts that filtered to the Revolutionary Armed Forces of Colombia (known by its Spanish acronym, FARC) and the National Liberation Army (ELN)--  both leftist guerilla factions that are listed by the U.S. State Department as terrorist organizations.  This news has revived previous claims that Swift has been heading an illegal cocaine smuggling operation, allegations that have been categorized by the singer's manager as "mostly untrue". 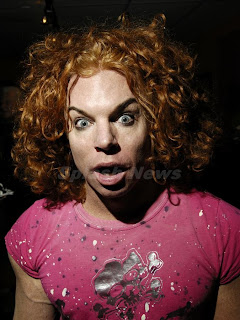 And what would a Friday be without a story from America's favorite transgender horrorshow, Carrot Top!  Ground has been lost in his battle to suppress what he calls an "urban legend" story that has taken the Internet by storm.  It all circulates around a hospital visit in August 2010 in Santa Barbara, from which it is alleged that 73 fluid ounces of assorted bodily discharges were pumped from a flooded esophageal passageway, narrowly saving his life.  A recent setback results from the comedian's poor judgement in filing a lawsuit against the hospital that treated him, accusing them of causing undue emotional stress for failing to return the evacuated body fluids.  But in an unfortunate consequence what would have been private medical procedure protected by the constitution, filing a lawsuit has made the gory details publicly available.  We won't get into the specifics, except to say this it involved a leather bar and a sourdough bread bowl. 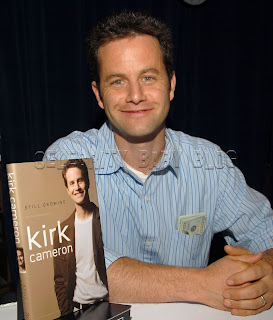 Kirk Cameron is America's irrational sweetheart, to be sure.  But controversy abounds from his newly published manifesto, Kirk which details his lifelong passion to rid the world of pleasurable sex and Judaism.  He imagines a Christian utopia where children sing happily, ignorant of the basic principles of science.  The tome is already drawing harsh criticism from the rational thinking community, who are quick to point out the abundant spelling errors and references cited to simply "God".  Based on the response Mr Cameron has been offered his own political analyst slot on cable news giant, FOX News.


Editorial Comment:  We at Celebrity Slander have been taken aback by the negative response to our journalistic content, and we now take notice.  In an effort to seem less mean spirited and malicious we offer up the following heartbreaking video of a kitten trying to revive a dead friend: