I Need A Friend Right Now 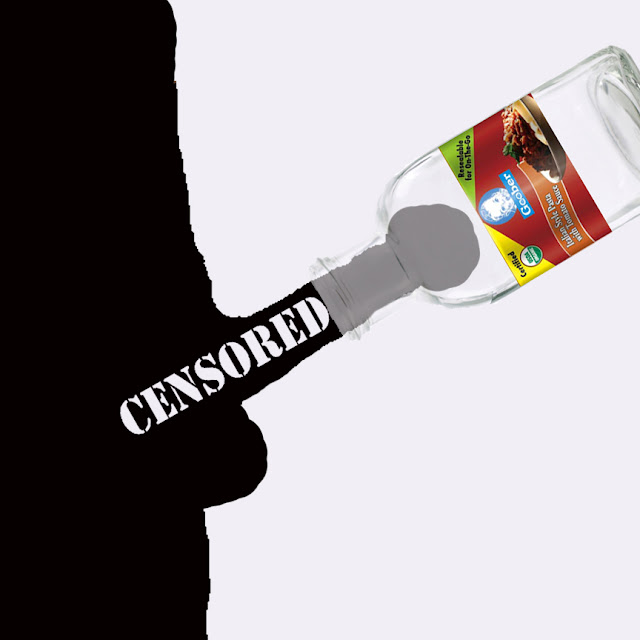 Alright, I guess I'll just say it... I got my dick stuck in a jar. It was one of those little baby food jars, and I was fooling around and decided to try and cram my wiener into it. Once I got the head in it started to feel pretty good so I pushed real hard and I heard a sort of... farting noise. Well I guess that was the sound of some air escaping the bottle and now I am trapped.

I tried lubing my shaft up but that just made the problem worse, since now I have an airtight seal that only intensifies the suction. When I try to pull the bottle off my cock head grows to like, three times normal size and turns a deep purple color and I am terrified that it is going to explode.

I know what you are thinking... "it will just fall off when you lose your boner", right? The problem is that the whole ting feels really good, and I have already ejaculated three times without losing my erection. And as if I weren't already in trouble, the semen in the jar keeps forcing out a little more air making the suction action even more intense!

I refuse to entertain the idea of breaking the jar. This might be the most rigid erection I have ever had and I know the glass would sever my cock and probably kill me, and no one wants their corpse to be found in that condition. At first I thought I could just wait the whole thing out, but goddamn it, this erection just can't be satisfied. I even tried to drink away the boner with a liter of whiskey, but I just woke up on the floor six hours later with a hangover AND A BABY FOOD JAR ON MY COCK!

It has almost been a whole day since I made the foolish decision to attempt to make love to a food container, and the situation has only gotten worse. I missed work this morning because I have a massive whiskey headache and a near-suicidal level of shame. I can't even put on pants due to the added girth of a bottle on my already massive erection, and calling an ambulance is out of the question.

Now I am sitting here, trying to decide how this situation can be resolved, and staring down at my misfortune with a growing level of personal shame, unable to curb my disgust at the unstoppable arousal despite the image of a smiling upside-down child staring up at me... judging me.

It is at trying times like these that one tends to ponder the true strength of his friendships with others. Anyone who would help a friend in circumstances as dire as mine would be a true friend indeed. So I was wondering... we have been bros for a long time, and I really need your help right now, so would you be willing to go by the hardware store and buy a power drill and a glass drill bit? If we could relieve the vacuum then there might be a light at the end of this extremely dark tunnel. So would you? Would you please be my savior?