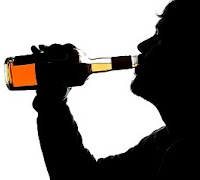 Stakeouts are shitty work, but a necessary evil. Vic peered out from beneath a dumpster lid. He had been there for hours… got drunk, sobered up, only to later be rejected by a street whore when he tried to barter a rimjob with two day old cheeseburgers. Vic had never been so insulted, but the joke was on HER. Those cheeseburgers were delicious.

The good news is that tracking Italians is easier than tracking a bleeding elephant. They are the loudest people imaginable, and the odor of garlic is the only thing that can break through Vic’s own natural musk. It had been hours, and crouching in filth while staring at an Italian restaurant entrance is not as exciting as it sounds.

An obese man with slicked back gray hair turned the sign at the door of the restaurant to “CLOSED”. It was 3pm and there was only one reason to close up at this hour. There was business taking place, just the opportunity he was waiting for. Vic climbed out of the dumpster and stretched his aching back. Bottle? Check. Revolver? Check. Vic marched across the street, trailing a stream of dumpster wastewater behind him.

It was now dark inside the building, but light was shining from under a door in the back. He pulled the door handle and opened it silently. On the other side of the door was a bright makeshift office where three Italians all spoke at once, in a cacophony of stereotypical guido slang. Vic listened intently as he raided the liquor shelves at the bar. His jacket pockets full of free sauce, Detective Vic Musket pressed his ear against the heavy door.

“Vinny, you really fucked this one up, capiche?” A man said in a low baritone. “You shoulda done it yourself. Now we got this Puerto Rican telling every loanshark he owes that he is connected to the Cangiani family.”

“Do it myself?” Came the squeaky response. “I gotta daughter that age, Frank. I can’t get wood when a teenager is screaming bloody murder. We had to outsource this one. I will take care of Benny. He spent 16 months at Joliet for playing involuntary stinkfinger with a retarded lady in a subway, and that means they got his DNA on file. I am not taking any chances”

Vic’s heart was pounding now. This is exactly the break he was looking for, and he wasn’t going to miss the chance.

“SLAM!” Vic ineffectively bounced off the door, knocking an unopened bottle of wine from an overcoat pocket. The bottle shattered, sending wine pouring under the door.

A volley of automatic gunfire tore through the thick door, spraying bullets into the restaurant. If Vic Musket hadn’t been on his hands and knees lapping up a diminishing pool of red wine he would have been killed instantly. Having salvaged what booze he could, Vic scrambled aside with his gun drawn.

The barrel of a shotgun poked out of the shattered doorframe, followed by a 400 pound garlic-fed greaseball. “POW!” Vic didn’t hesitate to put a round through the man’s temple. He didn’t have time to play games, and the cops were surely coming after all those shots were fired.

“Holy fucking shit! He shot Tommy! He fucking shot Tommy!” Came a panicked voice from inside the room. “Yer goddamn right I did,” Said Vic “and you are in for the same unless you put down your guns and answer my questions. I’m a detective, not an assassin.” Vic wasn't sure if that last part was true anymore...

“OK. We’re coming out. Don't shoot!” Two pistols came flying harmlessly to the floor outside the door. A second man stepped out, hands extended in surrender. “POW!” Vic shot the second man, leaving his corpse straddling the larger man’s body. “I only need one of you. Come on out, guinea!” Vic yelled, feeling in control of the situation. A trembling man crawled through the doorway, visibly weeping. “Oh God, don’t shoot me… Please don’t shoot me!” Vic had never seen a man plead for his life so convincingly. “Don’t worry kid, I need you alive. We are heading to the abandoned warehouse on 9th and Main. Now get up, I can’t stand the stink in here and this place is about to become pork central.”

The two men darted off into the alleyway. Vic hoped this guy knew all the details about the rape. He also hoped the heavyset man could keep up on the 22 block run with shit in his pants.