Welcome to the front line of defense against the liberal attack on conservative supremacy!  Willard "Teabag" Chinsley here, and what a week it has been, folks. We have a straw poll winner, and a new handsome Texan presidential candidate to worship!  I for one couldn't be happier to see a fresh face telling us what our opinions and values are.

But first, I want to get something off my chest.  I have been hearing a lot of criticism about our most recent white knight (and by white I mean Caucasian), Rick Perry.  I have never heard a negative comment about a conservative on FOX News, and since they are fair and balanced I can only assume there is nothing bad to report.  So imagine how shocked I was when I turned on FOX and Karl Rove was trash talking Jesus' favorite coyote-hunter?  Well I don't know the details about the argument, something about treason and tickling a man's undercarriage, but I would like to remind Rove that Bank of America has already purchased the 2012 presidency for Rick Perry, and if he doesn't want to end up as the foundation level of a sweaty man-pyramid in Abu Ghraib then he had better start playing ball.

So without further adieu, here are the topics tonight:  Disproving Myths About Teabagger Intelligence, Suggested Reading, and How to Win an Argument with a Liberal.  So enjoy the content and remember to print it out, go down to the post office, and send it to all of your children. 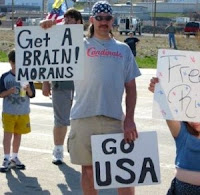 Dumb Teabaggers?  Liberal Lies Debunked: This one has been haunting us since the inception of the Teabagger Party.  One of the primary claims is that we don't ever read.  Well I am here to tell you, I have read the Bible over 400 times!  I bet you have never read a book 400 times, huh smartypants liberal?  Another claim is that the Teabagger Party is centralized in the states that have the lowest highschool graduation rates.  Well, I think we can all agree that kids are dumber than adults.  And who goes to highschool?  Kids!  So if high school makes you so smart, then how come everyone that goes to highschool is dumb?  Score:  Teabaggers 1, Smartypants Liberal 0.

Suggested Reading: We will all assume the Bible is first on everyone's list, so there is no need to include it here.  And the following suggestions will be for audiobooks, since manually reading anything other than the Bible is just like having sex when you are not trying to make a baby.  Sinful eye masturbation.
Rediscovering God in America, by Newt Gingritch  This one is a classic.  You will never guess if Bella Swan will choose beastiality, or necrophilia.
Culture of Corruption, by Michelle Malkin  Nothing makes a reluctant racist more comfortable with hate that when it comes from another minority.  She gets to say what I can only think.
Underdogma: how America's Enemies Use Our Love for the Underdog to Trash American Power, by Michael Prell  As the title suggests, this book explains how liberals try to pander to the masses by supporting the interests of the disenfranchised, poor, sick, and elderly, and how this compassion is fucking killing this country. 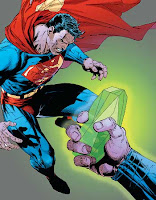 Liberal Kryptonite:  The Conservative Comeback:  Feel free to use any of these gems should you ever be confronted by an intellectually superior liberal.  Just ask Sarah Palin, a previously memorized snappy answer can mask your ignorance, dontchaknow?


"If more of you godless liberals would go to CHURCH and make donations there, then we wouldn't NEED any social entitlement programs!"

"Well Jesus agrees with ME, and you don't look like the earthly manifestation of God's love for his children, now DO you?"

"Didn't you pay attention in history class?  Some of the greatest civilizations of all time had no organized leadership or government whatsoever!"

"Oh yeah?!  Well I'm not the WHITE guy that voted for the BLACK president!  Who's stupid now?"